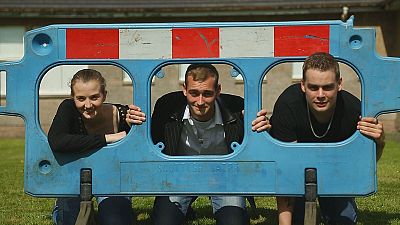 Long periods of unemployment and a lack of motivation can make it difficult to get and keep a job.

A Dutch company has designed a tailored programmes to tackle long term unemployment and it’s a system with successful results that are being exported.

“The Scottish government has been inspired by the Dutch approach and has set-up an exchange partnership with a job center to get young people into the job market,” said euronews reporter Elza Gonçalves.

Peter Van Schie is the director of the Werkcentre, a Dutch social commercial company that organizes work placements. He developed an integrated method which favours practical learning. The training helps match the existing job opportunities and takes into account several aspects of a young person’s life.

He said:“Our model is about gaining work experience, learning on the job and coaching on work skills but also on life skills.

“Sometimes you have good working skills, you have competences but the problems in life are having an impact on your work, so we have to deal with that too, so it’s like a broad approach”.

Stefen dropped out of school, without getting a diploma. He had no idea what sort of job he wanted.

After a period of coaching, he is now doing his work placement in Scotland. The three month intensive programme has changed his life.

The charity Quarriers, which supports disabled and homeless people, is learning how to implement the Werkcentre approach in Scotland in a programme called Future Move. Each participant is able to do different jobs. For Ivar, Quarriers is the perfect place to gain vital experience. When he returns to the Netherlands he hopes to get a job in care.

“For 3 months I was on social benefits because I didn’t have a choice. But that is not something I would like. I would rather work than have social benefits,” he said.

Fewer people receiving benefits and more people in the job market is the goal of the Dutch model, according to Peter Von Schie:

“You don’t get your dream job on day one. When you finish high school, you have to work towards your dream job. I always say do a job and maybe it is not the best job you had but from that job you look for better jobs. So I say from work to work it is always better than from benefit to work”.

Kimberley has a degree in animal care. She has been unemployed for over a year. Her dream is to open an pet store as soon as she gets a bank loan, which is proving difficult, but for the time being she is gaining new skills.

“The work doesn’t have to be a great job or anything but the fact that you are doing something again is very important,” she said.

“Future move is one of those programmes which is more focused on work qualifications and looks at what people have? What kind of education did you do? If you dropped out of school, it doesn’t matter. We look for what is best for you, a tailored made job, with the qualifications you have and see if we can make something out of it for you, with your own skills and work experience,” said Peter Von Schie.

Werkcentre has proven its ability to get young people motivated. Around 70 per cent of participants on its programmes have either moved into employment or gone back to school to obtain basic qualifications.

“When you are unemployed you think that nobody is going to give you work. You just get a little bit hopeless and when you get the opportunity to work again it is perfect because you feel that you are important again. I think that when I’ll go back home, I’ll take that with me, because I am important and there are jobs that I can do,” added Kimberley.