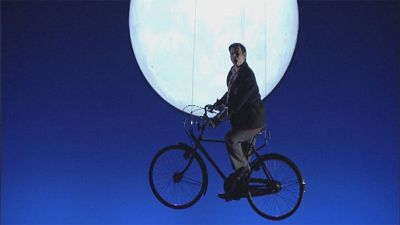 A beautiful country house in the Sussex Downs, 80 kilometres south of London is home to one of the most prestigious opera festivals in the world – Glyndebourne.

It was the brainchild of John Christie, a wealthy eccentric visionary and music lover who began staging top quality operas in England in the 1930s.

Since then black tie and evening dress have become the norm, as well as a 90-minute break when the audience relaxes with a picnic on the lawns.

It all makes for a unique experience.

Soprano Anett Fritsch, from Germany, enthused: “Every single person I have met and also the countryside around, everything together has been just unbelievably magical.”

Contralto Sonia Prina added: “As soon as I arrived in Glyndebourne they took me to the company office; after a while I decided to go out for a stroll and I found a flock of sheep in front of me! I said: ‘Excuse me, are you sure I’m in the right place?’”

The General Director at Glyndebourne is David Pickard. He told euronews: “It seems to me to be a very civilised way of taking in your art. It’s easy to think that people maybe come here because they like a picnic and they like to drink champagne but, as I often say, it’s a very, very expensive way to have a picnic. Who would want to come here if they didn’t want to see wonderful work on the stage?”

Of the six operas staged at Glyndebourne this summer, one was Handel’s Rinaldo.

The conductor Ottavio Dantone described the unique experience: “It’s still one of the few places in the world where one has seven weeks to rehearse and put on an opera. Besides, I chose to live in the house, taking part in several parties, where people talk and drink, you meet other conductors, singers, lots of interesting people visiting here. It’s been a fascinating experience, from an anthropological and, above all, human point of view.”

Contralto Sonia Prina is a highly experienced Rinaldo having sung the title role many times before; but she found this production brought its own challenges.

“Let’s get it straight: I love being a boy,” Prina told euronews. “And I enjoy being a hero, even with his fragilities. But I want to be a masculine hero! I mean, if I have to be a man I want to be a real man! In other words, being a hero is great, even when he’s desperate, like in the aria ‘Cara sposa’, but when the hero is a teenage schoolboy. That was really difficult for me!”

Almost 80 years since its first performance, the festival still offers the highest musical standards in the most superb ‘English’ surroundings.

The event’s General Director David Pickard concluded: “I think Glyndebourne is very English, but I hope it’s the good things about Englishness, it’s the quirkiness, it’s the eccentricities, it’s the surprising nature of Englishness. Actually, what we do here is international, it’s not English at all.”

In this edition of Musica, you can hear segments taken from Handel’s Rinaldo:

If you want to see more excerpts from our interviews (in English and Italian) with Glyndebourne General Director David Pickard and contralto Sonia Prima, please click on the following link : http://www.euronews.net/2011/09/09/musica-bonus-glyndebourne/