European countries called on Tuesday for access to the Kabul airport to be extended for "as long as necessary".

European Council President Charles Michel told reporters after a virtual meeting of G7 leaders that EU member states raised several concerns with the US, including "the need to secure the airport, as long as necessary, to complete the (evacuation) operations".

This comes hours after the Taliban reiterated that they will not allow any extension to the August 31 withdrawal date.

A spokesman for the militant group told reporters that there would be "no extensions" to the August 31 deadline set by the US for the withdrawal of its troops. The US military currently controls Kabul airport from which evacuation flights are taking place.

Here is a round-up of key developments, follow live updates below.

Russia’s defense minister has voiced concern about the Taliban seizing a large number of weapons, including air defense missile systems, after sweeping over Afghanistan.

Sergei Shoigu said Tuesday the Taliban has captured hundreds of combat vehicles along with a number of warplanes and helicopters.

He expressed a particular worry about the Taliban obtaining more than 100 man-portable air defense missile systems.

Shoigu noted that Afghanistan’s refugee problem is a cause for grave concern.

The Russian defense chief voiced hope that the Taliban would move to form an inclusive government that would include all groups in the country.

The United Nations has received “harrowing and credible reports” of human rights abuses by the Taliban in Afghanistan, UN High Commissioner for Human Rights Michelle Bachelet said on Tuesday.

These include "summary executions of civilians and combat members of the Afghan national security forces”.

Bachelet also said the UN had also seen evidence of “restrictions on the rights of women – including their right to move around freely and girls' right to attend schools”.

Furthermore, the Taliban are accused of recruiting child soldiers and repressing peaceful protest.

READ MORE: UN has ‘credible reports’ of summary executions of civilians by Taliban

EU Commission chief Ursula von der Leyen said the bloc is "ready to play its role" when it comes to resettlement of Afghans, with member states part of the Resettlement Forum.
She also said that the Commission is "looking into the necessary budgetary means to support EU member states who will step up and help resettle" and that it will work with countries neighbouring Afghanistan to provide support for internally displaced Afghans.
"Finally, let me stress once again that these events we see these days all underline the urgent need for the member states and the European Parliament to find an agreement on our proposed Pact on Migration and Asylum," she added.
"We need s fully functioning system in place that allows us to effectively manage our borders, to ensure solidarity between member states and to cooperate with countries of origin and transit," she went on.
She stressed that the Pact "gives us the instrument to deal with these situations, to get out of these ad hoc situations".
18:50

The leaders of the G7 countries have released a joint statement after meeting to discuss the Afghanistan situation.

In it, they say they "express our grave concern about the situation in Afghanistan and call for calm and restraint to ensure the safety and security of vulnerable Afghan and international citizens, and the prevention of a humanitarian crisis."

They add they will continue to fight terrorism in the country, and insist any future Afghan government must adhere to its responsibilities on preventing terrorism, and upholding human rights.

"Our immediate priority is to ensure the safe evacuation of our citizens and those Afghans who have partnered with us and assisted our efforts over the past twenty years, and to ensure continuing safe passage out of Afghanistan," the statement adds.

UK prime minister Boris Johnson, who hosted the G7 meeting, said the G7 had agreed a "roadmap for the way in which we're going to engage with the Taliban". 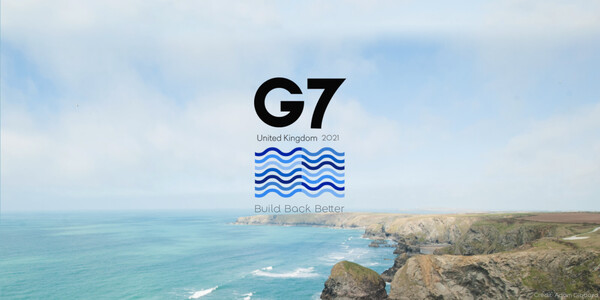 G7 UK Presidency 2021Today, 24 August 2021, under the Presidency of the United Kingdom, we the Leaders of the Group of Seven met virtually to discuss the situation in Afghanistan.
18:17

Allies must secure Kabul airport 'for as long as necessary': EU Council head

Charles Michel, the head of the European Council, told reporters that among the issues discussed with other leaders during the G7 virtual meeting was "the need to secure the airport as long as necessary" to complete evacuations and to ensure "fair and equitable access for all nationals entitled to evacuations".
"I can confirm that several leaders during the G7 meeting have expressed concerns about this timing" and the August 31 deadline, Michel said, adding: "For them, it's very important to try and extend this timing."
18:08

EU to quadruple humanitarian aid to Afghanistan this year

European Commission chief Ursula von der Leyen announced on Tuesday that the European Union will more than quadruple the amount of humanitarian aid given this year from about €50 million to more than €200 million.
She also reiterated the €1 billion earmarked by the bloc in development aid to Afghanistan for the next seven years "is now frozen" and will remain so until certain conditions are met.
17:17

The French Foreign Ministry announced that more than 450 people arrived in France on Tuesday on two flights. The country has so far carried out nine evacuation flights.
Since August 16, about 100 French nationals and over 1,500 Afghans have been evacuated by France.
16:14

Afghan women employed in the administration will be allowed to return to work when security is assured, a spokesman for the new Taliban regime, Zabihullah Mujahid, told a news conference in Kabul on Tuesday.
"We want them to work, but we also want security to be good" for that, he said, adding that they should stay at home until then.
15:48

A Taliban spokesman told reporters on Tuesday that the US must complete evacuations from Afghanistan by the August 31 withdrawal data and that there would be 'no extensions'
The militant group had also called on the US to stop flying "Afghan experts" out of the country.
15:43

94 evacuation flights carried out in 24 hours