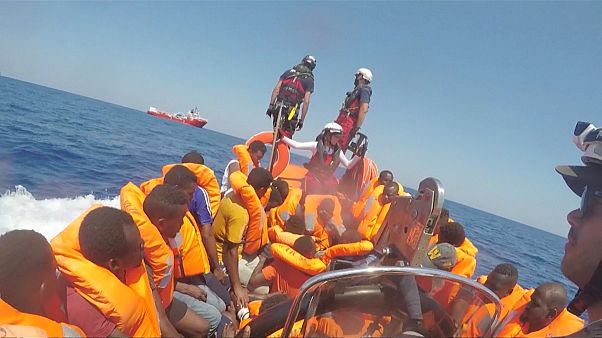 The Ocean Viking ship, run by Doctors Without Borders (MSF) with Franco-German charity SOS Mediterranee, rescued 81 people on Sunday (August 11) and another 105 on Monday (August 12), making a total of 356 onboard of the aid boat.

Spanish NGO Open Arms has been at sea for 12 days and still waiting for a safe port to disembark the 151 rescued migrants.

Eight people with health issues were taken by a rescue dinghy to Malta on Monday (August 12).

Italian Deputy Prime Minister Matteo Salvini has said Spain should accept the Open Arms migrants and has repeated his policy of closed ports.

Spain's Socialist government accepted the Aquarius rescue boat last year following a similar stand-off but has since hardened its position, saying that the Open Arms should look for a closer port.

Last week the European Union's executive called on member states to show solidarity and find a solution for the boat.