The country has topped the podium for the event in six out of seven games since the 1992 Albertville Olympics, with China breaking South Korea's winning streak in 2010.

It was a German hat trick in the Nordic Combined on Tuesday. Johannes Rydzek powered to gold while team mates Fabian Riessle and Eric Frenzel took silver and bronze.

Germany is now level with Norway in the games with 11 Olympic gold medals.

Canadian ice dancers Tessa Virtue and Scott Moir edged to the top of the podium with their free dance in the final, claiming their second Olympic gold of the games.

The win means the couple are now the most decorated figure skaters in Olympic history, with five medals and three golds between them from three Olympic games.

France’s greatest Olympian, Martin Fourcade, impressed yet again after erasing a big German lead to grab gold for his team in the biathlon mixed relay.

It’s his third gold medal of the 2018 games and fifth overall.

Canada’s Cassie Sharpe soared to gold in the women’s ski halfpipe. The 25-year-old overtook her rivals with the two best runs of the final: her second run score of 95.80 outshined France's Marie Martinod and American Brita Sigourney, who completed the podium after the showdown. 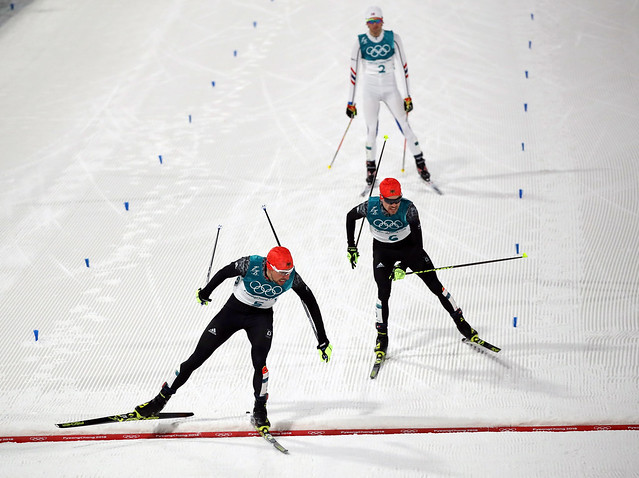