Alpine skier Mathieu Faivre was kicked out of the games on Monday after slamming his teammates to reporters.

The Frenchman said he was “disgusted with the result” and did not care about medals won by his teammates after finishing seventh in the men’s giant slalom on Sunday.

He added: "I'm here to race for myself only. I felt I was skiing well in the second run but when I saw where I'd finished it was like a slap in the face."

The 26-year-old later apologised for his outburst on Facebook.

Reigning world champion Jan Smeekens was one of the favourites to win a medal, alongside fellow Dutchmen Ronald Mulder and Kai Verbij, but they were beaten to the podium by Korea's Cha Min Kyu and China’s Gao Tingyu.

Finland will miss out on a gold medal in the women's ice hockey tournament after being beaten 5-0 by the US team in the semi-finals.

The Americans are likely to face Canada in the final, provided the Canadians beat the Olympic athletes from Russia in the semis. The Canadians have won four out of the previous five women’s ice hockey tournaments in the Winter Games.

Finland will play the bronze medal game against the loser of the Canada-Russia match on Wednesday.

Canada’s Tessa Virtue and Scott Moir are on course to secure their first gold of the games after setting a world record score of 83.67 for their short ice dance.

The couple are currently in first place, followed by French couple Gabriella Papadakis and Guillaume Cizeron.

A wardrobe malfunction with Papadakis’s dress threatened to spoil her act after a clasp holding her sequined dress together came undone.

"My worst nightmare happened at the Olympics, I felt it right away and I prayed, it was all I could do," Papadakis told reporters.

The Winter Olympics free dance final will be held on Tuesday.

Hover over the images and click on the arrow to scroll though the pictures. 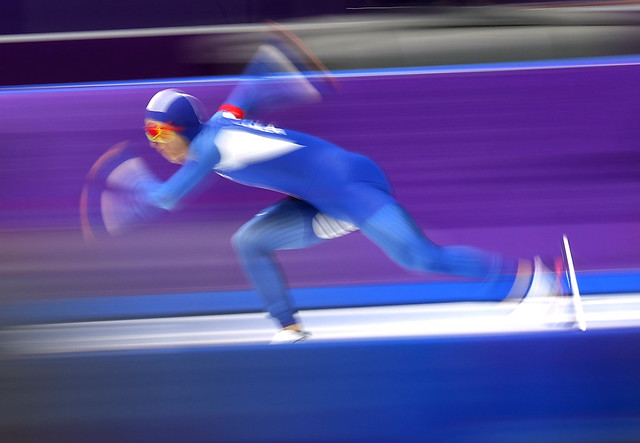