A train derailment near Milan, Italy, killed at least three people on Thursday, according to a government statement. Another 13 people were seriously injured.

Trenord said the train was moving at normal speed when the derailment occurred.

Milan Police said initial evidence suggests the incident may have been caused by a collapse of the tracks or a problem with a track switch. An investigation is underway and the train's driver has been questioned.

Italian agency ANSA reported the commuter train that was travelling from Cremona to Milan.

Rescue efforts have ended and passengers with minor injuries have been taken to a nearby gymnasium.

For more pictures of the accident take a look at our photo gallery: 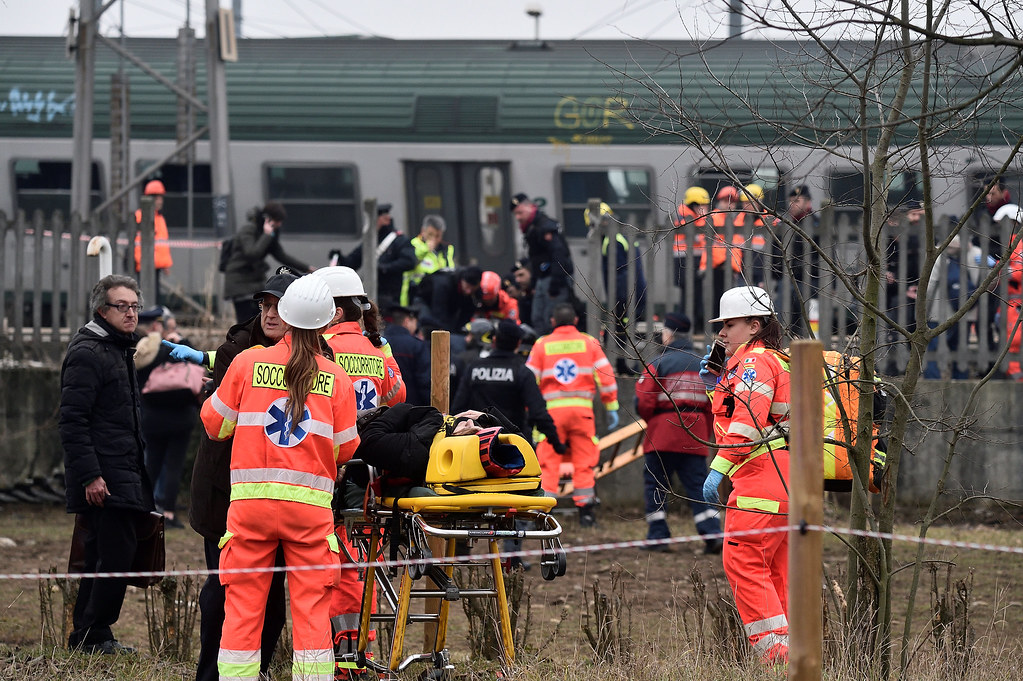