Saudi women were allowed to attend a football match at a public stadium for the first time on Friday, as part of a series of reforms aimed at easing gender restrictions in the conservative Muslim country.

The female football fans filed into the “family section” of the King Abdullah Stadium in the city of Jeddah, wearing traditional black abaya robes, to watch the match between Saudi clubs Al-Ahli and Al-Batin.

Thousands of people celebrated the historic moment on social media, with many at the stadium sharing photos and videos.

The new measure comes amid a series of social reforms by Riyadh, which include lifting a ban prohibiting women from driving and re-opening cinemas.

Ahead of the match on Friday, the country’s first car showroom dedicated to female customers was opened.

Saudi Arabia's Crown Prince Mohammed bin Salman is seen as the driving force behind the reforms.

Following the opening in Jeddah, the stadium in Riyadh will open its doors to women on Saturday, followed by the western city of Dammam on Thursday. 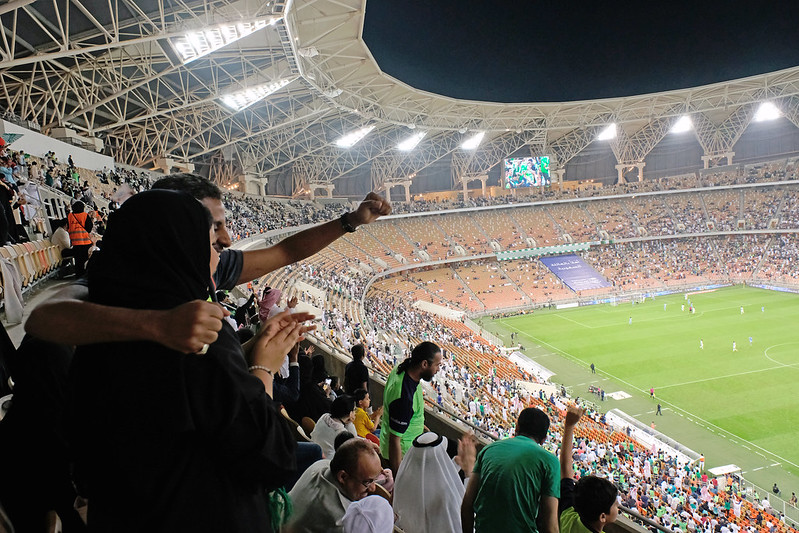