Stephen Paddock prepared meticulously for the mass shooting in Las Vegas on Sunday, setting up a number of cameras in and around his hotel suite and adapting 12 semiautomatic rifles to mimic fully automatic gunfire, according to authorities.

Paddock, who killed at least 59 people and injured more than 500 at a Las Vegas concert, set up two cameras in the hallway and one in the peephole of his suite on the 32nd floor of the Mandalay Bay hotel so he could see “if law enforcement or security were approaching,” police said.

He also fitted so-called “bump-stocks” to 12 guns, allowing them to mimic fully automatic gunfire, according to Jill Snyder, special agent for the US Bureau of Alcohol Tobacco and Firearms.

Schneider said officers determined that “bump-stocks” were legal, as the weapons being used were still technically semi-automatic.

She added that Paddock had nearly 50 guns, including rifles, shotguns and pistols, in three locations.

“This individual was premeditated. Obviously premeditated, the fact that he had the type of weaponry and the amount of weaponry in that room… I’m pretty sure he evaluated everything he did in his actions,” he said.

Undersheriff Kevin McMahill suggested the attack may have ended when Paddock, 64, was disturbed, shooting a security guard.

Paddock moved $100,000 (85,000 euros) into an account in the Philippines a week before the shooting on the country music festival, NBC News reported, citing senior law enforcement officials.

Paddock’s live-in girlfriend, Marilou Danley, who was abroad at the time of the attack, has family ties to the country.

It is unclear whether the money was for Danley, her family, or another purpose.

It comes as police released CCTV footage of Paddock in 2011.

They are still seeking clues to explain why Paddock – a retiree who enjoyed gambling but had no criminal record – set up a vantage point in a high-rise Las Vegas hotel and poured gunfire onto concertgoers.

Paddock, who turned a weapon on himself after the shooting, left no immediate hint of his motive for the arsenal of high-powered weaponry he amassed, or the carnage he inflicted on a crowd of 22,000 attending an outdoor country music festival.

Paddock was not known to have served in the military, to have suffered from a history of mental illness or to have registered any inkling of social disaffection, political discontent or radical views on social media.

“He was a sick man, a demented man,” US President Donald Trump told reporters. “Lot of problems, I guess, and we’re looking into him very, very seriously, but we’re dealing with a very, very sick individual.”

He declined to answer a question about whether he considered the attack an act of domestic terrorism.

US officials also discounted a claim of responsibility by the Islamic State militant group.

“We have no idea what his belief system was,” Clark County Sheriff Joseph Lombardo told reporters on Monday. “I can’t get into the mind of a psychopath.”

Although police said they had no other suspects, Lombardo said investigators wanted to talk with Danley.

Lombardo also said detectives were “aware of other individuals” who were involved in the sale of weapons Paddock acquired.

The closest Paddock appeared to have ever come to a brush with the law was for a traffic infraction, authorities said.

As with previous mass shootings that have rocked the United States, the massacre in Las Vegas stirred the ongoing debate about gun ownership, which is protected by the Second Amendment to the Constitution, and about how much that right should be subject to controls. 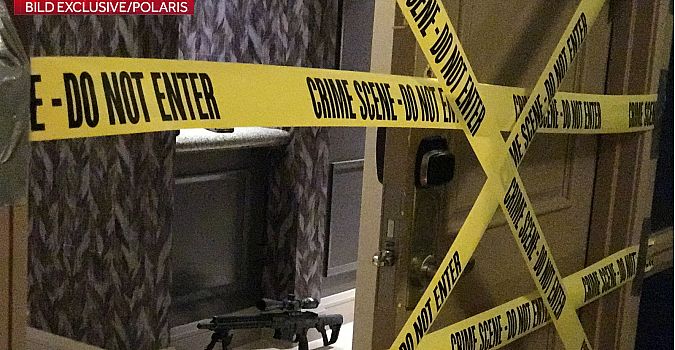 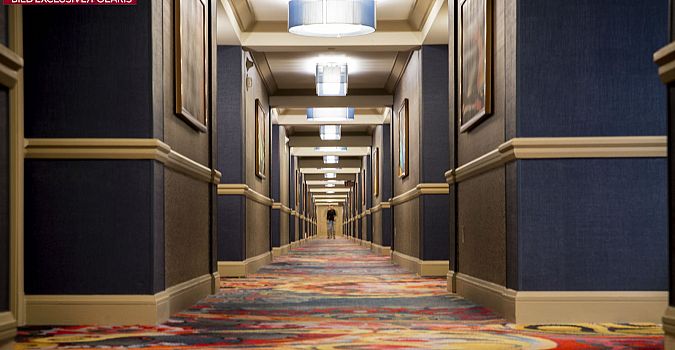 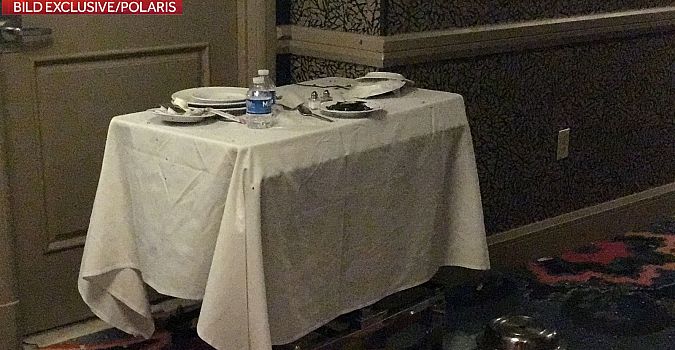