The strike called in Catalonia by more than 40 trade unions and associations to protest against the Madrid government’s forcible supression of the independence referendum has won scanty early support.

There were noisy protests outside the regional headquarters of the governing Popular Party involving firefighters and port workers, but many services appeared to be running nearly normally.

The metro in Barcelona was only offering a partial service, 25%, at peak hours, with nothing in between.

Several of the region’s football clubs including Barcelona have said they are joining the strike.

More than 800 people were injured on Sunday as Spanish police broke up voting at some polling stations, and there are allegations of police brutality.

Regional authorities and political parties are studying a possible declaration of independence after claiming 92% of voters supported the breakaway. 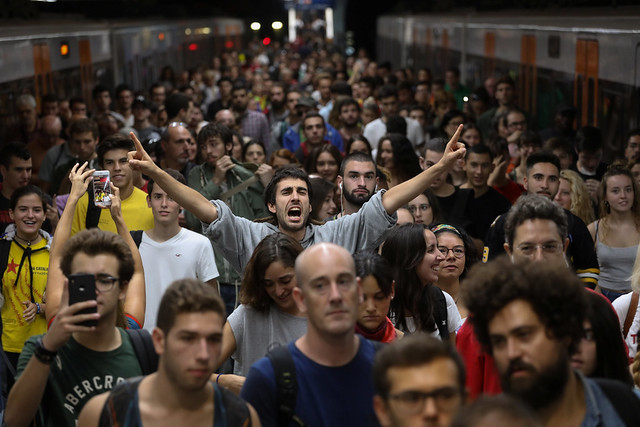