The frozen bodies of a couple who went missing 75 years ago have been found on a shrinking glacier in the Swiss Alps.

Marcelin and Francine Dumoulin had gone to milk their cows in a meadow above Chandolin – around 120 kilometres south of Bern – on August 15, 1942.

“We spent our whole lives looking for them, without stopping. We thought that we could give them the funeral they deserved one day,” their youngest daughter Marceline Udry-Dumoulin told the Lausanne daily Le Matin.

“I can say that after 75 years of waiting this news gives me a deep sense of calm,” added the 79-year-old.

In an overnight statement, Valais cantonal police said that two bodies bearing identity papers had been discovered last week by a worker on Tsanfleuron glacier near a ski lift above Les
Diablerets resort at an altitude of 2,615 metres (8,600 feet). 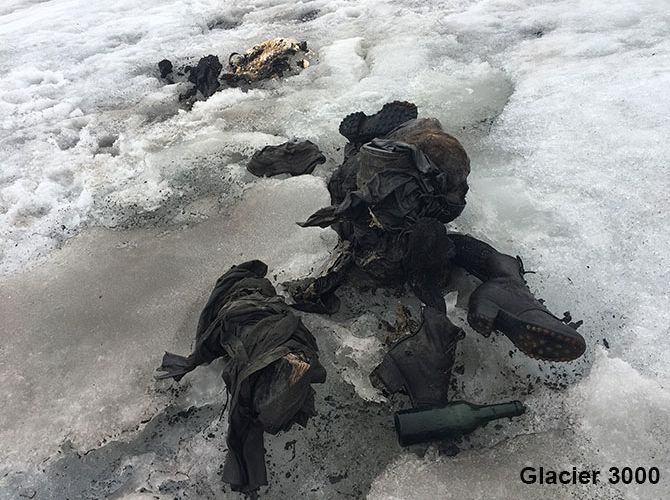 DNA testing would be carried out to confirm the identities of the couple.

“The bodies were lying near each other. It was a man and a woman wearing clothing dating from the period of World War Two,”

Bernhard Tschannen, director of Glacier 3000, told the paper. “They were perfectly preserved in the glacier and their belongings were intact.”

“We think they may have fallen into a crevasse where they stayed for decades. As the glacier receded, it gave up their bodies,” he told the daily Tribune de Geneve.

Marcelin Dumoulin, 40, was a shoemaker, while Francine, 37, was a teacher. They left five sons and two daughters.

“It was the first time my mother went with him on such an excursion. She was always pregnant and couldn’t climb in the difficult conditions of a glacier,” Udry-Dumoulin said.

“After a while, we children were separated and placed in families. I was lucky to stay with my aunt,” she said. “We all lived in the region but became strangers.”

“For the funeral, I won’t wear black. I think that white would be more appropriate. It represents hope, which I never lost.”