“The Earth is a ball” – that is the main message of the “Football for Friendship” (F4F) programme organized by the Russian giant Gazprom.

For the fifth time, 12-year-old boys and girls from all over the world came together in one stadium to play football. The F4F location is different each year, in 2017 it took place in Saint Petersburg. The Russian Northern capital was also hosting the FIFA Confederations Cup and all of the young footballers got a chance to see the final game between Chile and Germany. Just hours before the big game, all of the participants gathered at the International F4F Forum to review the results of this unforgettable event. 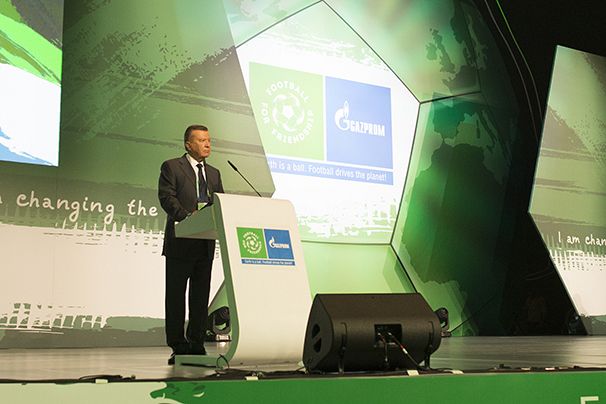 FIFA General Secretary Fatma Samoura addressed the young footballers at the Forum. She underlined the important role that football plays bringing together people with different cultural and ethnic backgrounds.

Speaking with Euronews, Fatma Samura said: “Definitely our presence here this morning is a strong signal of how FIFA is committed to using football as a holistic and inclusive tool for social change. Football is important because it allows people from different cultural, ethnic and racial backgrounds to come together. At the same time football is used as a driver for the planet, it is used to build bridges and to bring people from different communities together and to include them in the game”. 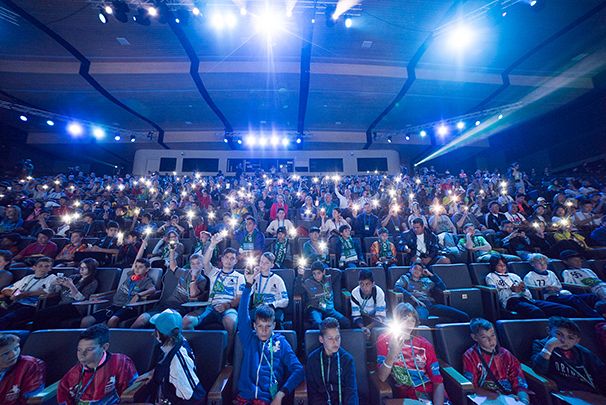 Football is a dream – which can come true – as shown by one young goalkeeper from India who attended the F4F Forum. Sujal Kahar comes from a very modest family who lives in a poor Mumbai neighborhood where he started to play football with his friends. When his parents realised how important this game was for their son they decided to spend what was a fortune for them on his new goalkeeper gloves. Sujal has a big dream – to become the best goalkeeper in the world, to be as good as his idol Messi. Sujal was one of the 2,500 boys and girls chosen to represent his country in the “Football for Friendship” programme. He promised his parents that one day he would bring the World Cup trophy to his beloved country.

“Play football and follow your dreams!” – said Sujal from the stage of the F4F Forum, appealing to all the kids on the planet. While Sujal must still work towards his World Cup goal, he is already bringing back home a prize, a group of new friends from all over the world. 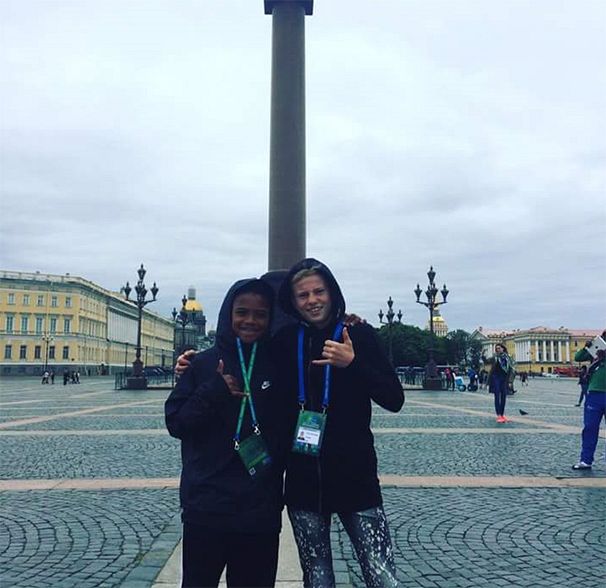 The F4F children also got the chance to meet some football stars during the Forum: two ex-Real Madrid players Ivan Zamorano and Julio Baptista got on stage to congratulate the captain of the ‘Orange team of Friendship’ who won the final match.

“Our goal is not only to bring youngsters into the world of world-class football, we want to inspire them to communicate with each other, so they can develop some major qualities which are so important for all civilised human beings” – said the chief of the board of directors of Gazprom Victor Zubkov.

The young participants of the F4F will go back home as ambassadors of the 9 values promoted by the programme: equality, justice, victory, traditions, peace, honour, healthy lifestyle and, of course, friendship! The youngsters have learned that friendship, like football, does not have borders and can’t be lost in translation. 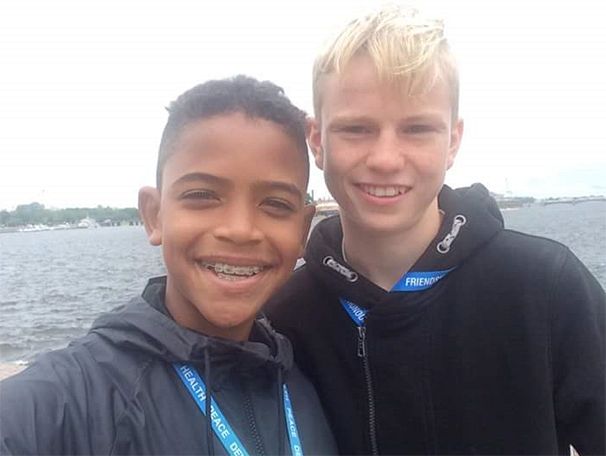 Every participant has their own unique story of friendship to tell. Our crew was particularly touched by one. We met Juan Fernandes Francisco from Brazil in the bus to the airport. The boy was very upset. He was already missing his new best friend Johann Matthaeus from Germany. They had both played in the Purple team of Friendship, Juan was the forward and Johan – halfback. Juan showed us their selfies and one video, where he was teaching his friend to dance samba at the backstage of the Forum. The boys had cried while saying good bye and promised to meet as soon as they could.

Such intercontinental friendship stories are the best proof that the goal of the F4F this year has been successfully achieved.