A massive fire overnight at north London’s Camden Market has been brought under control.

More than 70 firefighters tackled the blaze which engulfed the first, second and third floors along with the roof of the building.

The cause of the fire is unknown and there have been no reports of any injuries or casualties.

There are more than 1,000 shops and stalls at the market, which is also a well known tourist destination. 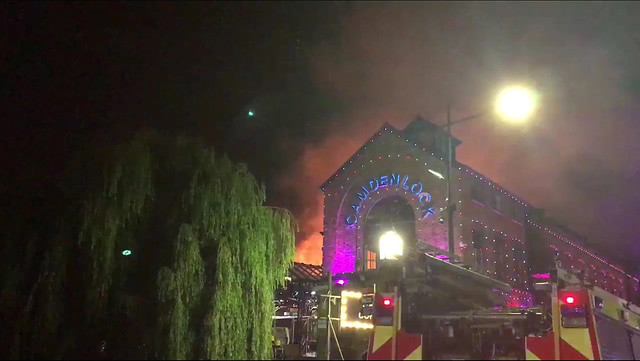 News of the fire spread quickly on social media as the flames could be seen from far away.

In 2008, the market was hit by a devastating fire which led to fears for its future and for the hundreds of people who work there.