Amidst a diplomatic crisis between the two countries, Turks and their descendants who live in the Netherlands are going to the polls to decide whether or not Turkey should change its governance from a parliamentary system to a presidential one.

The shift would expand the powers of president Recep Tayyip Erdoğan, who some human rights organisations claim is responsible for torture, excessive use of force and violations of press freedom. 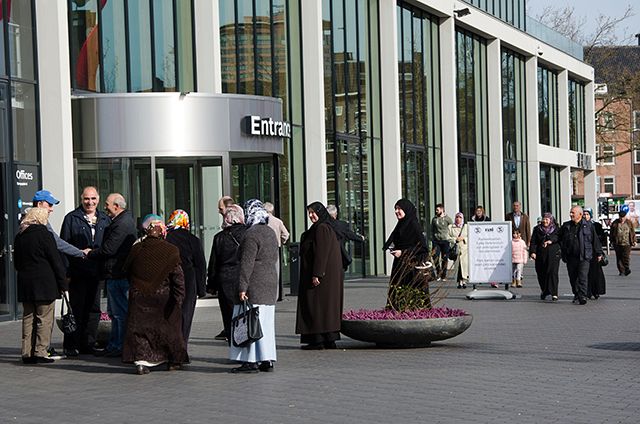 Around 400,000 Turks currently reside in the Netherlands, 249,000 of whom are eligible to take part in the referendum. From April 5 to April 9, ballot boxes are open in the cities of Amsterdam, the Hague and Deventer. In Turkey, the voting occurs on April 16.

Euronews has asked the opinion of six Dutch Turks about the controversial referendum and the diplomatic crisis between Turkey and the Netherlands.

G.T., 45, Turkish citizen. Since 2008, she lives in the Netherlands, where she works for an university. 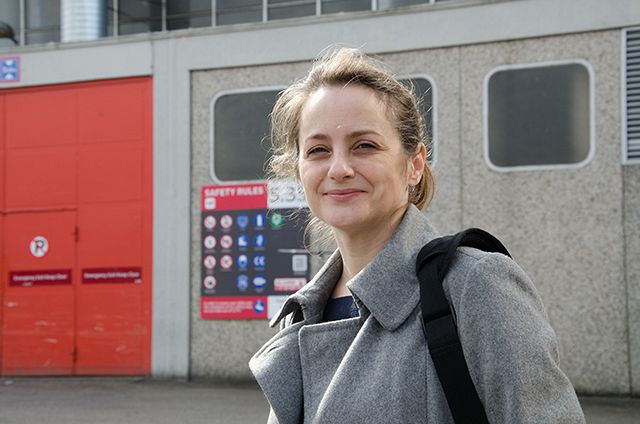 “I voted ‘no’. Voting ‘yes’ would be a disaster for Turkey. Everything would be worse than it is now, since obviously the country would be ruled just by one man. Regarding the diplomatic incident, I think that the two countries tried to take advantage from the situation. The Netherlands took harsh measures because of the proximity to the Dutch elections.

“Turkey, in turn, used the conflict to increase the support for the ‘yes’, claiming ‘the foreigners are against us, we must unite’.

“After all, the Turkish government didn’t have the right to do that. They didn’t tell the Dutch government that there would be someone from the party visiting the Netherlands for political meetings. So they just cheated.”

The son of Turkish parents, Ali, 41, was born in the Netherlands. 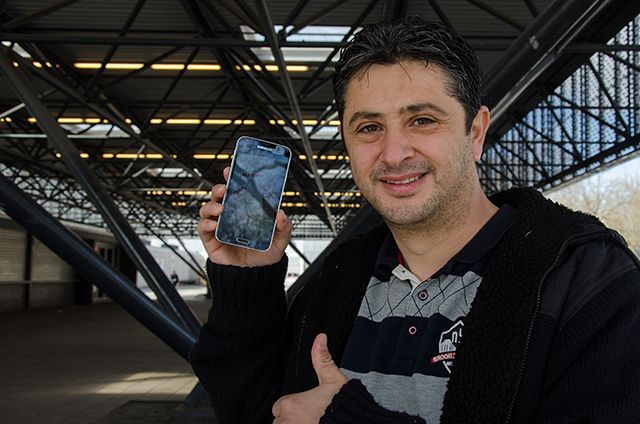 “I voted ‘yes’, of course. My vote was for liberty and for a better economy for my country and my people. If we compare the Turkey of nowadays with the Turkey of the 1970s and 1980s, there is a huge difference. And there is only one person responsible for this change: Recep Tayyip Erdoğan. He is good for everyone.

“The Netherlands had no diplomacy in this case. Diplomacy here is connected to the CIA. If the Dutch want to do anything, they have to ask permission from Trump. If you see the BBC, the European and American media, you will only find negative stuff about Erdoğan.

“The situation in Turkey, Syria and Palestine is really difficult. There is terror and war, while here, in the Netherlands, people just take their bicycles and go to work earning a good wage”.

Bilge, 40, works for an American company in Amsterdam. He moved to the Netherlands six months ago, together with his wife, İdil. 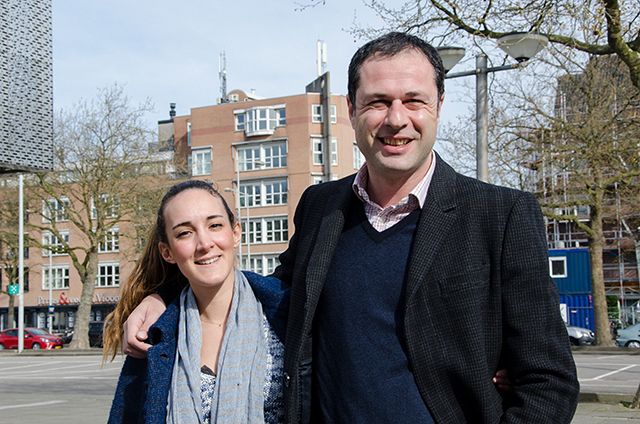 “We voted ‘no’ because the laws that the Turkish government are trying to create are not good for the population and for the future of the country. This diplomatic crisis between the two countries is stupid. Personally speaking, we don’t accept the attitude of the Turkish government. It was a show for the local population. It was not right. The solution for the incident is to talk. But it needs to be a gentle and polite conversation, not fighting against each other. It is a matter of education and attitude. I think the Turkish government needs to change its behaviour”.

Based in the Netherlands since 1978, Kapci, 61, is planning to go back to Turkey in the next few months. 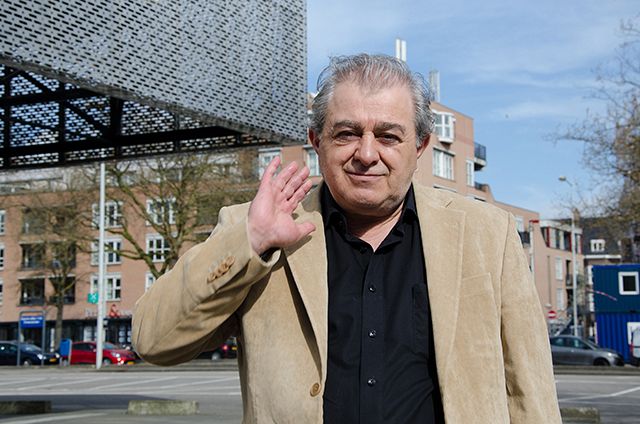 “I voted ‘yes’ because Erdoğan is very good for the population in Turkey. His government is giving everything that the children, the elderly, and the Turkish people in general need. For instance, here in the Netherlands you have to pay for medical care, whereas in Turkey everything is for free.

“The situation between Turkey and the Netherlands is not very good right now. I believe that the Dutch and the Europeans were racists in this case [the diplomatic incident]. Turkey has about three million Syrian refugees, many of them children, and Europe is doing nothing about it. This war is all about money.”

Born in the Netherlands, student Sedat, 23 years old, is of Turkish descent 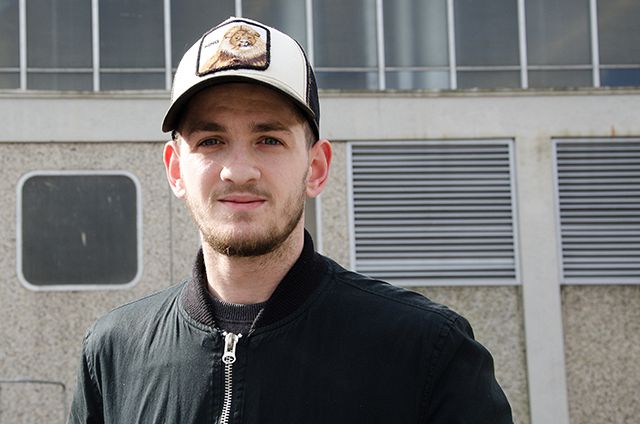 “I voted ‘no’ as I don’t want Turkey to become an undemocratic country. It’s bullshit what is going on between Turkey and the Netherlands. It’s only a game. Everything that happened was already planned, including the demonstrations. They [politicians] came from Turkey and, 10 minutes after, everyone was protesting in Rotterdam. If the outcome of the referendum is a ‘yes’, Turkey is going to change in every aspect. Every country becomes worse with a dictator”.

Mustafa, 35 years old, was born in the Netherlands to Turkish parents (he preferred not to be photographed) 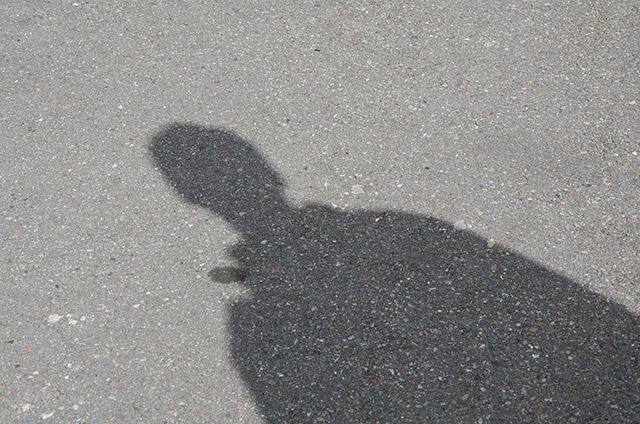 “I voted ‘yes’ because Turkey needs more innovation and development. I’m a realist. I see that Erdoğan is trying to do his best and he’s keeping the promises he made, but the mechanics of control over his policies are not so good. The elections in the Netherlands influenced the way Rutte dealt with the Turkish government, as he could lose votes because of that. And Erdoğan also had a strategic mindset when he sent his representatives to the Netherlands through German borders.

“However, in the long run, I think that this tension between the Netherlands and Turkey will be solved. My vote for ‘yes’ is for the improvement of things not only in Turkey but also in the Middle East, in Latin America…”

“I want the whole world to have good living conditions”.

The escalation of the Turkey-Netherlands diplomatic crisis

The diplomatic conflict started about one month ago, when the Dutch Prime Minister, Mark Rutte, opposed plans for a pro-Turkish-government rally in Rotterdam. Rutte announced that the Dutch authorities would not cooperate in the organisation of the events due to security reasons and in the belief that the Netherlands should not host political campaigns for other countries.

Tensions escalated on March 11, when the Dutch government did not grant landing rights for the aircraft of the Turkish Minister of Foreign Affairs, Mevlüt Çavuşoğlu.

According to the Netherlands, the Turkish government failed to comply with the negotiation terms for Çavuşoğlu’s visit, such as the ban on calling for rallies to be held. On the same night, the Turkish Minister of Family and Social Policies, Fatma Betül Sayan Kaya, who was in Germany, managed to get to Rotterdam, where thousands of Erdoğan supporters were gathered in front of the Turkish embassy. The minister was banned from entering the building by Dutch authorities, had her passport seized and was escorted back to Germany. Meanwhile, clashes among Erdoğan supporters and the Dutch police ended up with 12 people arrested.

The reaction of the Turkish government was immediate. Erdoğan accused the Netherlands of Islamophobia and claimed that the country was a “banana republic” and spoke of it as “remnants of the Nazi era”.

Sayan Kaya stated that the Dutch attitude was “fascist” and that a female minister should never be treated in such a way. On March 13, Turkey announced that it was breaking off diplomatic relations with the Netherlands and, more recently, up to a hundred Dutch Turks who were in Turkey had their right to leave the country denied, according to NOS.

Text and photos contributed by Sarita Reed and Vinícius Fontana