EU leaders are warning Europeans must contain their squabbling and carping about the Union if it is to survive.

Leaders of 27 member states gathered in Rome to sign a declaration of unity to mark the 60th anniversary of the founding treaty. They hailed six decades of peace and prosperity and pledged to deepen a unity frayed by regional and global crises.

It comes four days before UK Prime Minister Theresa May presents her country’s formal request to part with Brussels. 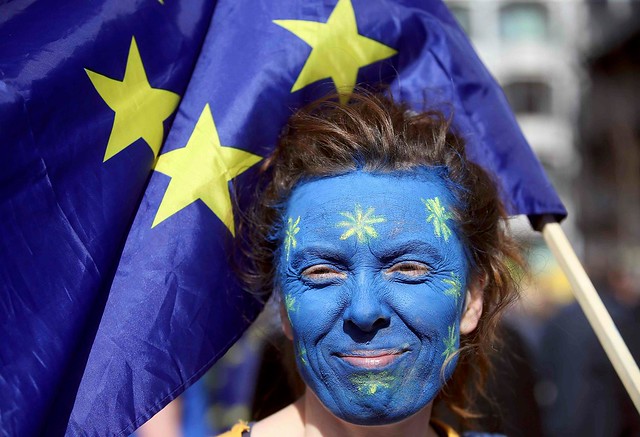 Unity is our common goal and the way forward. #EU60#EU27#FutureofEuropepic.twitter.com/GnZphjoLSM

Leaders hailed the visionary “war generation” of leaders from old foes France and Germany. They signed the Treaty of Rome on March 25, 1957 along with Italy, Belgium, Luxembourg and the Netherlands.

European Commission President Jean-Claude Juncker recalled how his father in Luxembourg was forced into the German Army in the Second World War.

Donald Tusk, the Polish EU Council President, was born in Gdansk a month after the original Treaty of Rome was signed. He described growing up in the ruins of war and yearning for freedom beyond the Iron Curtain.

German Chancellor Angela Merkel, the bloc’s dominant leader, stressed the Union must address the complaints of generations for whom the war is fading into history. “We will, in the future, have to concern ourselves above all with the issue of jobs,” Merkel
told reporters.

Merkel said the leaders wanted to respond to people’s concerns about the economy, welfare and migratoin and defence with a “protective Europe” that offered assurances about their wellbeing.

60 years TOGETHER! Proud to be European! RT pic.twitter.com/7ktBe5Et7G

United or not at all

Many leaders argue that only forward momentum can revive popular support for the EU by generating economic and security benefits.

The concern is that the departure of its second-biggest economy and major global power could prompt the unraveling of the bloc.

All 27 leaders, along with the heads of Brussels institutions have a signed declaration on renewed unity.

“We have united for the better,” it says, “Europe is our common future.”

While EU leaders met in the opulent palazzo where the original Treaty of Rome was signed in 1957, union leaders and agricultural producers joined crowds of people calling for a better Europe on the streets of Rome.

Thousands were expected to attend at least six different rallies called by numerous groups across the political spectrum to protest against various aspects of EU governance.

Around 5,000 police have been called in to go on patrol.

“We have stopped in our tracks and this has caused a crisis of rejection by public opinion,” said the host, Italian Prime Minister Paolo Gentiloni.

“Today, we renew our vows and reaffirm our commitment to an undivided and indivisible Union,” Juncker urged the Union not to get bogged down in details that alienated voters.

“Why should we lose our trust in the purpose of unity today? Is it only because it has become our reality? Or because we have become bored and tired of it?” – Donald Tusk warns against the impression that the EU is about petty regulations.