Femicide is essential to genocide. Any genocide. It’s what emerged from the International Yazidi Women’s Conference that took place on March 11 and 12 in Bielefeld, Germany.

Almost nobody had heard of the Yazidis before 2014, when the community living on the Shengal mountains, in Northern Iraq, was brutally massacred by ISIL. What especially shocked people all over the world was the scale of the violence towards women: while men were generally killed on the spot, women were raped, tortured, brutalised, enslaved and sold mostly as sexual slaves.

Last December the European Parliament assigned the Sakharov Prize to Nadia Murad and Lamiya Aji Bashar, two young Yazidi women who managed to escape their ISIL captors, for their work and dedication in helping the other victims of this violence.

Last week’s conference focused on a number of aspects concerning the Yazidi genocide : ethnic, political, historical, psychological… However, at the centre of the different topics analysed by the panelists – and the core of the conference – was the women’s perspective.

The direct connection between genocide and femicide was underlined by all the panelists. Dr. Hanush Horanissyan, a senior researcher at the Institute of Oriental Studies National Academy of Sciences of Armenia, who made reference to past genocides of Armenians, Assyrians, Kurds and Jews, said: “What is common in genocides is that sexual violence is used as an inevitable byproduct of war or as a weapon”. 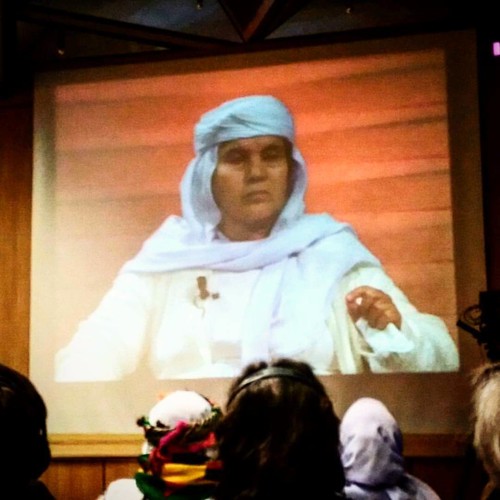 Vania Martins, a psychologist who treats women victims of violence, explained that women are the main target in genocides “because they are the organisers of the society”, so targeting them is the best way to destroy a community. Also, she continued, raping women both humiliates men and is used to dishonour women, so that communities disown them. In the case of ISIL, rape is also used as a powerful tool of recruitment: candidates to join the group are promised they will be able to have sex with the women of the populations they are going to conquer.

There were intensely emotional moments when Yazidi women described their experiences.
A 16-year-old Yazidi girl who managed to escape ISIL after six months in captivity told her story of horrors and slavery. She lost her father and brother and was sold, raped, tortured and beaten by her captors. Her testimony was part of a session on the trauma women and girls suffered from the massacres and from these experiences and on how to overcome it. As psychotherapist Ulrike Held explained, working together in the women’s movement in order to raise awareness on the Yazidi massacre is one of the ways to overcome trauma. Another being joining Shengal’s militias.

Daye Bihar, founder of the Shengal Women’s Council and a board member of the Yazidi Women’s Freedom Movement, talked via videoconference because she couldn’t get a visa to come to Europe. She was welcomed by Kurdish women in the audience standing up and chanting “Long live resistance in Shengal”.

Bihar spoke for more than an hour, describing the horrors of the massacre, such as a woman who had to leave her son behind because he was disabled, or the bodies that were found of women who had been raped and then killed, or again, the woman who threw herself from a cliff in order not to fall into the hands of ISIL.

Fractures within the current Kurdish movement is undermining the fragile security recently established in the region, she warned.

Former member of the European Parliament Feleknas Uca, now an HDP member of Parliament in Turkey and herself of Yazidi descent, also addressed the conference. In her speech she called for the granting of autonomous status for Shingal, which, like other contested Iraqi regions such as Kirkuk or Maxmur, does not belong either to the Kurdish administration nor the government in Baghdad. In Uca’s view, this makes these areas particularly vulnerable to attacks:

“If Shengal had had a status,” she claimed, “They would have been able to defend themselves, and there would have been no massacre”. She also highlighted the plight of the 3,000 Yazidi women and girls in the hands of ISIL, not only in Iraq or Syria, but also in other Arab countries, where they were sold as sexual slaves.