“There can be no keener revelation of a society’s soul than the way in which it treats its children.”

Nelson Mandela‘s famous quote offers a sobering reflection on the effect the long-running conflict in Syria is having on its children.

Youngsters living in the war-torn country are self-harming, taking drugs and attempting suicide to escape the horrors they have endured after six years of conflict, according to a new report by Save the Children.

The charity says one in four, or around 2.5 million, are on the brink of developing a mental health disorder.

Nightmares, bed-wetting, anger, suicidal thoughts and depression are a few of the symptoms plaguing Syrian children.

Many suffer from continuing trauma, the result of witnessing ongoing bombings, death and destruction.

Most of the children interviewed for the report were too fearful to play outside, have dropped out of school or have witnessed the death of a friend or relative.

“About five to six months ago, a child who was 12 years old committed suicide.We never had something like this before, even for older people,” Syrian mental health worker Sharif is quoted as saying in the report.

“His dad was killed in a car bomb. They tried to explain to the child that now your dad is a martyr and he is going to Paradise, so the child thought that if he died, he would see his dad. He hung himself with a scarf.”

Psychologist Marcia Brophy spoke to 458 Syrian adults and children for the report.

She says living in a constant state of fear and anxiety, known as “toxic stress”, can lead to serious long-term health issues. 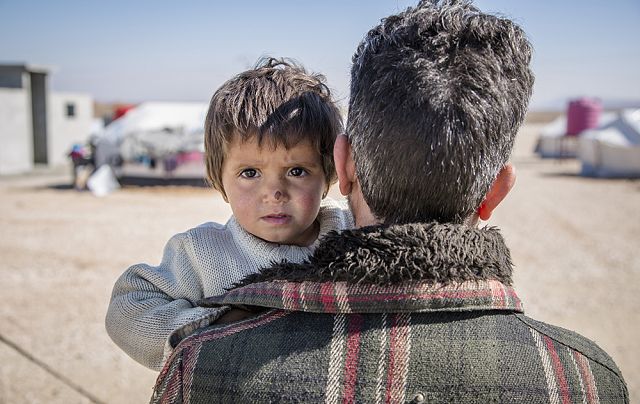 “These children, their bodies are in constant ‘fight or flight’ – and that accumulative level of toxic stress will undoubtedly have huge, long-term consequences. It could lead to lifelong medical issues as well,” Brophy said.

More and more children are self-harming, taking drugs and attempting suicide, Brophy says, and they are doing so at an increasingly younger age.

“It is incredibly touching. But it is not really surprising, given that these children are living in a highly stressful environment. It is a way of coping and dealing with a really abnormal, stressful situation.” 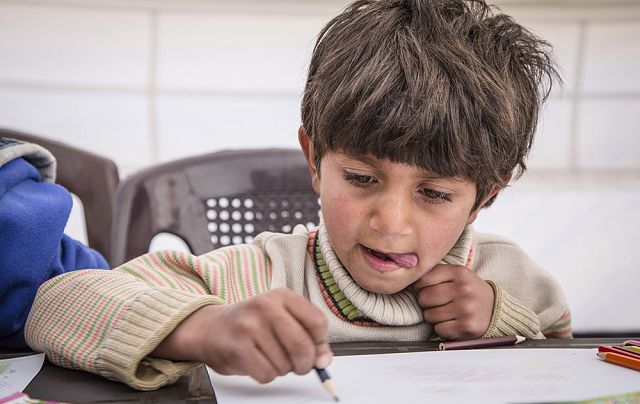 “It is a taboo issue, it is very hard to talk about. Given that this is a protracted conflict situation, we need to have mental health and psychological support integrated into any emergency response.”

What Save the Children wants

In addition to an immediate ceasefire and a negotiated end to the violence, the charity is calling for:

Kevin Watkins is CEO of Save the Children.

“What this research shows is that we are witnessing a mental health crisis among children, brought about by six years of war in Syria. Children are soiling themselves when they hear a loud noise.They are terrified to play outside, afraid to go to school even though they are worried their futures will be ruined without an education.”

“This is a tragedy that must be stopped – we can end the toxic stress many children are suffering by stopping the bombardment of civilian areas and reaching everyone with life-saving aid and psychological support.”

Read the full Save the Children report here