The US military will soon present President Donald Trump with a “full range of options” to defeat the Islamic State group and other jihadist networks in the greater Middle East, the Pentagon’s top military officer said Thursday.

General Joseph Dunford, chairman of the Joint Chiefs of Staff, said the idea is to craft a plan that addresses the threat of violent extremist in the broadest sense.

“We will go to him (Trump) with a full range of options from which he can choose,” Dunford said at the Brookings Institution, a Washington-based think tank.

Dunford said the proposed plan will attempt to balance the need for quick action against ISIL with the desire to preserve long-term US interests in the Middle East.

“What we don’t want to do is bring him options that solve one problem only to create a second problem.”

One particularly complex challenge is how to navigate the animosity between the two key US allies in Syria: Turkey and the Syrian Kurds. 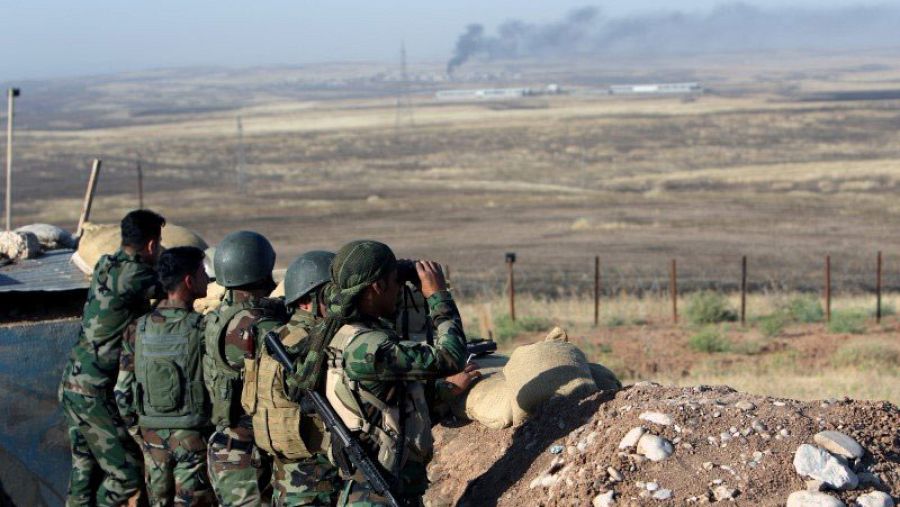 While Dunford declined to offer details of any options under consideration, he stressed that the plan is being built with input across the government. “This is a political-military plan,” he said. “It is not a military plan.”

This includes the problem of militants being exported from dozens of countries to unstable places like Iraq and Syria. He said there are 45,000 foreign fighters in Iraq and Syria alone.

The Pentagon is reportedly considering recommending conventional ground forces in Syria for the first time to increase special operations forces and local fighters as the effort to retake the town of Raqqa ramps up.

Defense Secretary Jim Mattis is expected to deliver the plan to the White House next week. It is not clear how quickly Trump expects to act on it; his new national security advisor, General H.R. McMaster, just started work this week.

In his Jan. 28 order, Trump said he wanted a comprehensive strategy to defeat ISIL and to “isolate and delegitimize” it through diplomacy, information operations and cyber strategies.

ISIL rose to prominence in Syria and took over large parts of Iraq in 2014 but has since spread to Libya, Afghanistan and beyond. Over the past year, the group has lost territory in both Syria and Iraq, including much of its former northern Iraq stronghold of Mosul.

Dunford said in the end Trump will be “the decider” who will have to consider the ramifications of each option.

General Joseph Votel, the commander of US Central Command, in charge of US military operations in the greater Middle East, has said more American troops may be needed to speed up the fight against the Islamic State in Syria.

The United States currently has about 500 special operations troops in Syria helping to organize, advise and assist local forces.