Nothing illustrates the profound changes facing America more than the starkly contrasting speeches of Barack Obama and Donald Trump.

Euronews’ Washington correspondent Stefan Grobe has given his analysis of the 24 hours that changed America. 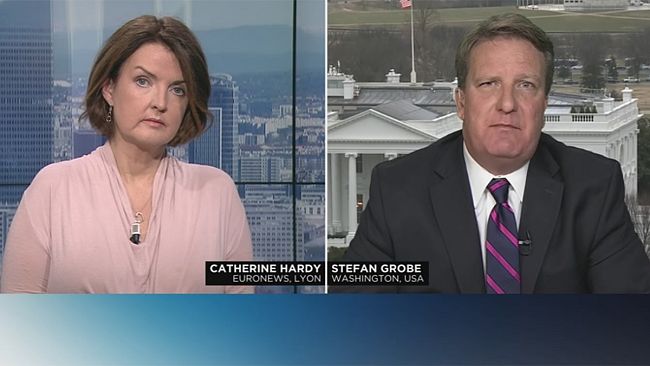 Stefan, we had an impassioned, statesman-like performance by the president followed by a piece of pure political theatre by the man who will replace him. Was this 24 hours that changed Washington?

You know, the American political pendulum is always in motion and swings back and forth, that is why we rarely have three consecutive presidential terms by one party, and the only thing that never changes is Washington DC. Here are the people that keep the government running, the bureaucrats, the lawmakers and the stakeholders and lobbyists. And they won’t go anywhere.

Now, Trump needs these people because he and most of his team have no government experience. Governing in the US is a collective task, and he specially needs congressional support, constant congressional support to implement his agenda.
It’s easy to deride and undo laws but it is very complicated to replace them with something new. So Washington will not change overnight, the question is how will Washington change Donald Trump and the incoming administration, Catherine.

How worried should America and the world be that the commander-in-chief appears to have a broken relationship with his own intelligence advisors?

Well, I think they should be worried. It’s not only that Trump has a broken relationship with his intelligence community but also with his diplomats and with much of the Washington establishment and with the press.

Trump has forced every single US ambassador to resign by January the 20th. Normally if an ambassador is replaced, the sitting ambassador will remain at his or her post until his successor comes in.
Trump didn’t want to have that. So we are in unchartered territories in so many ways here.

The Washington establishment may be alarmed by Trump’s declarations at his first press conference, but what about the public perception? Will it have changed anything for those who put him in office?

No, absolutely not. Trump’s election was an anti-establishment election. and the people who voted for him, especially in the mid-west blue-collar states that normally always vote for the Democrats, these people don’t care. Again, remember Trump was elected by a minority in the popular vote, about 46% to Hillary Clinton’s 48%. How long this honeymoon will last depends largely on Trump’s success when it comes to jobs.

Stefan, thank you once again for your analysis and insight from Washington.