Warm tributes are being paid to Mario Soares, Portugal’s former president and prime minister, who has died aged 92.

He advanced freedom, equality & dignity. His legacy will last.

Admitted to hospital on December 13, he had mostly been in a coma since.

Soares was a central figure in the country’s return to democracy in the 1970s after decades of rightist dictatorship.

Portugal’s current premier Antonio Costa described him as a man who throughout his life had struggled for freedom.

“The loss of Mario Soares is the loss of someone who is irreplaceable in our recent history,” Costa said on Saturday.

“We, Portuguese, we owe him a lot and we will always be grateful.” 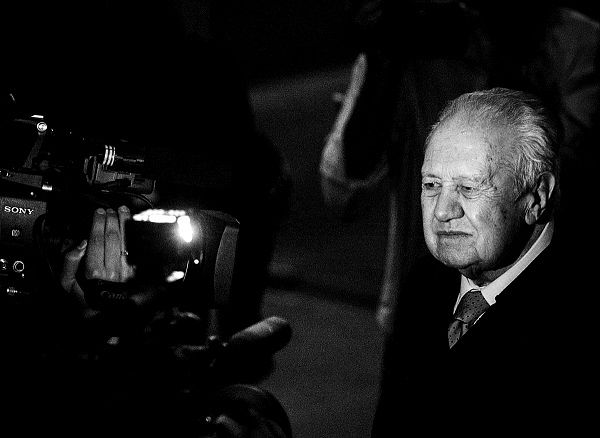 April 25, 1974 was the day of Portugal’s ‘Carnation Revolution’ when it overthrew the dictatorship that had been headed by strongman Antonio de Oliveira Salazar.

After flirting briefly with communism at university and then embracing Portugal’s democratic movement as a Socialist, Soares was jailed 12 times and then exiled for his political activities during Salazar’s dictatorship.

During his career as a lawyer he often defended the government’s political foes. With the collapse of the dictatorship, he returned to Portugal to a triumphant reception.

Soares, who was born on Dec. 7, 1924, headed the country’s first democratically elected government in 1976.

Once popularly known as “King” Soares for his regal manner, the founder of the Portuguese Socialist Party was premier three times and later spent a decade as the country’s head of state.

“Today Portugal lost its father of liberty and democracy, the person and face the Portuguese identify most with the regime that was born on April 25, 1974,” the Socialist Party said in a statement.

Three days of national mourning will be observed and a State Funeral will be held for Soares who led Portugal into the EU.

“Proudly Portuguese, proudly European, with his passing both Portugal and Europe lose a part of what made them all they are today.”

With death of #MarioSoares, #Portugal & #Europe lose a towering statesman: a visionary, a pragmatist, a reformist, a fighter and a democrat

As a progressive #Soares is more than historical figure: he's an inspiration. He advanced freedom, equality & dignity. His legacy will last

Soares left office in 1996 after the maximum tenure as president permitted under the constitution with his popularity at a peak. For years he remained one of the country’s most influential politicians. He sat on the presidential advisory council and still took part in its meetings in early 2015.