The announcement quoting Raul Castro, his brother and current president, was made on Cuban state television.

| Dear people of Cuba, with deep sorrow I stand before you to announce to our people, to our friends of America and the world that today, Novembre 25th 2016, at 10.29pm the commander in chief of the Cuban Revolution, Fidel Castro Ruz, died. To respect the will of the companion Fidel his remains will be incinerated in the first hours of saturday 26th.|

The former revolutionary had been frail for some time but recently was still able to meet foreign dignitaries such as the presidents of Vietnam and Portugal.

Fidel Castro was one of the most emblematic world leaders of the 20th century. Alongside Che Guevara he swept to power in a revolution in 1959, ousting the pro-US regime.

Under his watch Cuba allied itself with the communist Soviet bloc and the country became a thorn in America’s side, even though it was on the US doorstep. Castro’s leadership survived the Bay of Pigs invasion launched by President Kennedy in 1961, assassination attempts and – 30 years later – the collapse of the Soviet empire.

The Castro era saw other major crises too – the missile stand-off of 1962 almost saw the US and USSR superpowers engage in nuclear war. Much later, economic hardship saw waves of migrants leave Cuban shores in boats, desperate to reach America.

A US embargo of Cuba has lasted for well over half a century. Relations between the two countries only thawed relatively recently under Raul Castro and US President Obama.

However Fidel Castro’s record on the economy and human rights was severely criticised. Dissidents were imprisoned, and many people on the island remained deprived of basic goods – although the quality of health care and education were praised. 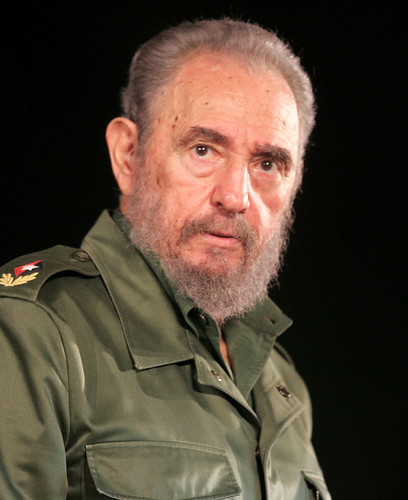 Suffering from poor health, Fidel Castro handed over power to his brother Raul in 2008. The new president embarked on a series of economic reforms but without being seen to ditch Fidel’s legacy.

The former leader was rarely seen in recent years, although he wrote newspaper commentaries on world affairs and occasionally met with foreign leaders.

“Condemn me, it does not matter; history will absolve me.” Long Live Fidel Castro and Long Live Cuba pic.twitter.com/6TLQjbxAPT