Outgoing US President Barack Obama has handed out his last Medals of Freedom during a ceremony at the White House.

Bill and Melinda Gates were also honoured for their philanthropic work.

Obama said each of the recipients had touched him in a very powerful and personal way.

“These are folks who have helped make me who I am and think about my presidency and what also makes it special is this is America and it’s useful when you think about this incredible collection of people to realise that this is what makes us the greatest nation on earth,” Obama said.

Later, TV talk show host Ellen DeGeneres, who was lauded by Obama for her work on gay rights, posted a video from inside the White House of the honorees conducting the ‘Mannequin challenge’. 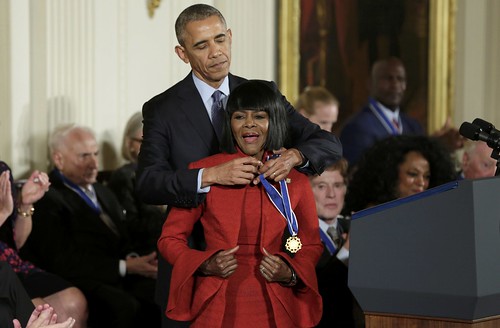