The atmosphere in East Jerusalem is heavy.

Its narrow streets today are just a pale reminder of the atmosphere five years ago, when Palestinian President Mamoud Abbas submitted an application for the Palestinian Territories to be recognised as the United Nations’ 194th member state.

If confidence was high back then, Israeli settlement expansions, increased armed police patrols in Jerusalem’s Old City and fresh violence that inflamed already-tense sectarian divisions, have put further pressure on conditions in the city.

And on the streets of Jerusalem, the situation is getting worse.

Since October 2015 a wave of violence pitching Palestinians against Israelis has swept across Israel and the Palestinian Territories.

It has claimed the lives of at least 35 Israelis and 149 Palestinians, 59 of them shot dead by Israeli troops, according to the Washington Post, which has been tracking recent attacks in the country.

The Palestinian Territories were voted in by the UN General Assembly in 2012 as a non-member observer state. Back then, the vote was seen as diplomatic victory for Palestinians – the first step in eventually being recognised as a full state.

But Palestinians since then appear to have lost hope in an internationally-mediated political solution to the conflict with Israel.

They also appear to have lost much of the confidence they had in their own government in Ramallah. Many accuse their leaders of being satisfied with only partial UN recognition and benefiting from international aid. 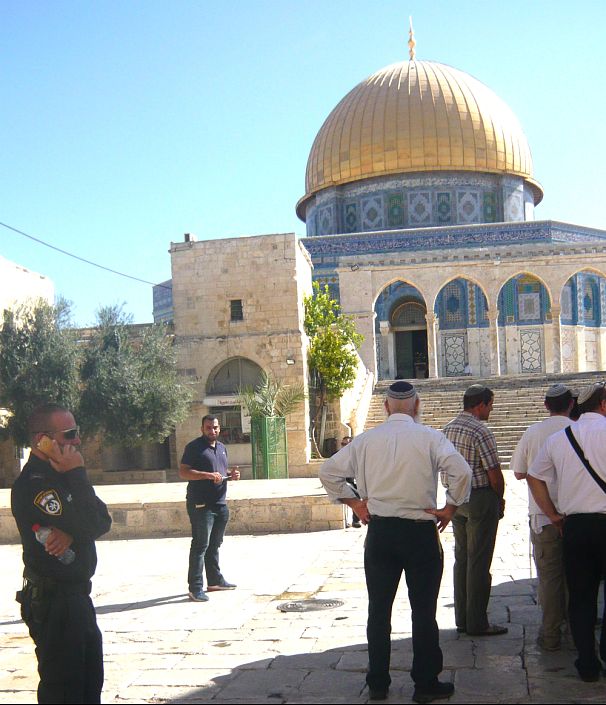 In the Muslim quarter of the Jerusalem’s Old City, Israeli police and soldiers, once discreet in their patrols, now openly guard virtually every street corner. Where armed patrols cannot go, security cameras dot the landscape.

Patrols are posted at the entrances of every gate into the Old City, standing guard on the ramparts.

They have a near stranglehold on the city. On October 9, following an attack that left two Israelis dead, Jerusalem was locked down. The Lion Gate closed to the anguish of one Palestinian man who saw on the other side the doctor he called to treat his gravely ill wife. 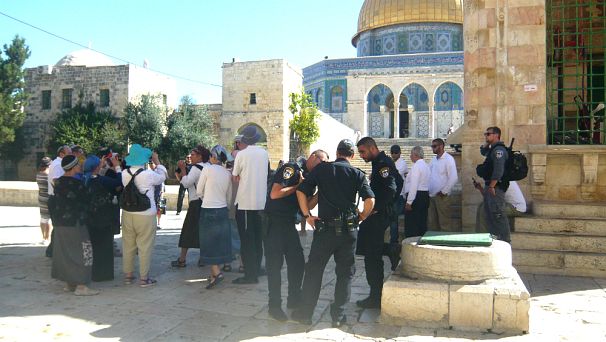 It is an atmosphere that is rife with tension and it’s keeping tourists away. Those who come don’t stay long and Muslim shop-keepers complain Israeli tour guides keep tourists away from their shops.

Amer Bakri, who owns a boutique on Via Dolorosa says he opens his shop only once a week; “no customers” he says.

But it’s not just tourism revenue that has taken a hit. In order to guarantee security, Jerusalem officials have closed indefinitely the makeshift market at the entrance of the Old City’s Damascus Gate. 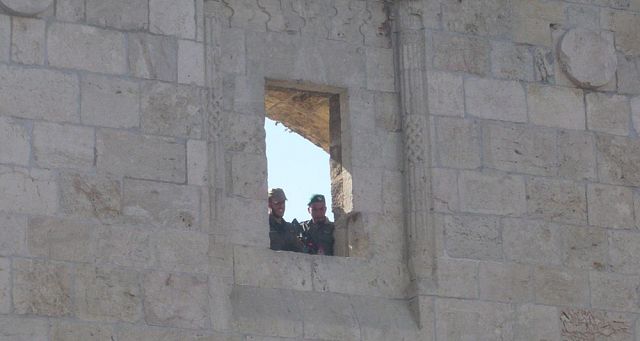 The market allowed farmers and small traders from other sections of the city to sell their wares. But it has also historically been a flash point between Jews and Muslims. Violent confrontations between the two groups often take place at the gate used by both Muslims and orthodox Jews.

Houses in Muslim areas of East Jerusalem are progressively being occupied by Jewish settlers, according to an October 2016 report published by liberal NGOs.

Houses earmarked for Jews have risen by 70 percent since 2009 and the numbers of Jews moving into these areas has increased by 40 percent, according to the report.

While Jewish settlers build and move into Muslim neighbourhoods, the numbers of Muslim homes demolished has not ceased, according to The Israeli Information Centre for Human Rights in the Occupied Territories, an Israeli human rights watchdog. 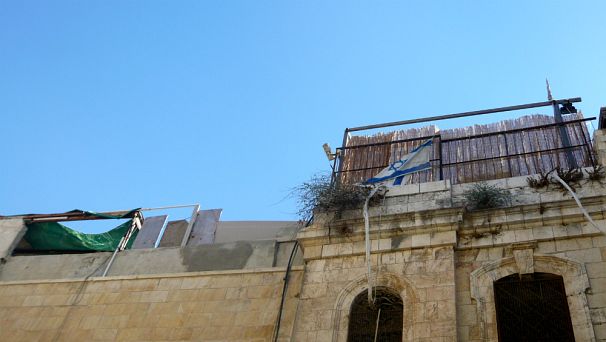 In the winter of 2008, the roof of Rami Nablusi’s home caved in due to the weight of exceptional snowfall. As he rebuilt, an Israeli tribunal orders and injunction on the construction work and orders Nablusi to demolish roof again, arguing the roof never previously existed despite photos proving otherwise.

He was forced to spend “a fortune,” he said, roughly 9,500 euros, to rebuild and then re-demolish his roof.

His case is not the only one.

Nablusi’s Christian neighbour was forced to sell her home, he told euronews, because she couldn’t acquire the necessary permissions to renovate it. Once it was bought by a Jewish family, Nablusi says, permissions were granted and the family still lives in their home to this day.

Travelling from one part of the city to another is difficult. Palestinian enclaves are surrounded by Israeli checkpoints and they say their daily lives are made more difficult as they have to make detours to Bethlehem in order to travel to Hebron. A trip of no more than 31 kilometres takes roughly two hours. 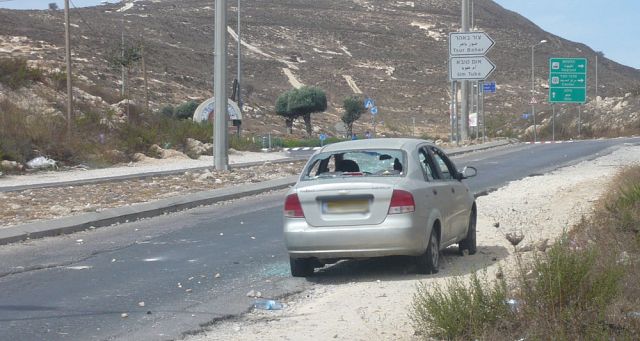 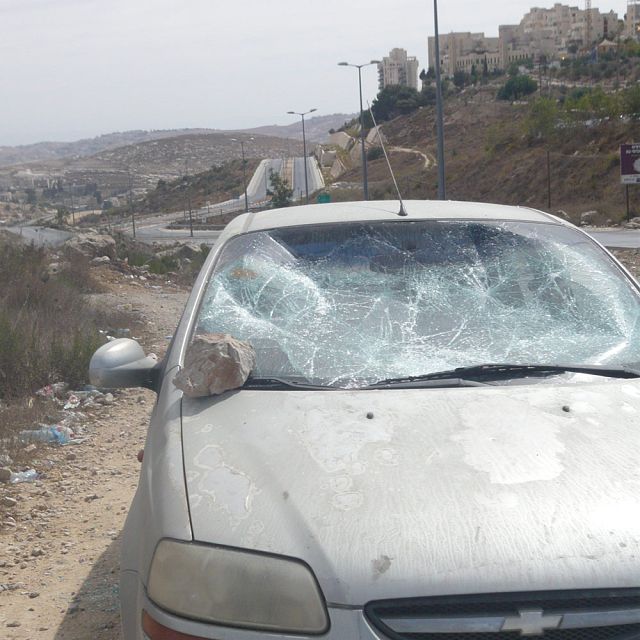 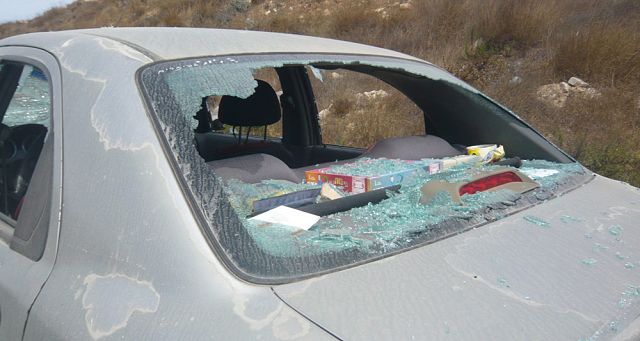 Palestinians wishing to travel to Nablus must first stop in Ramallah, and these restrictions also apply to ambulances. The sick or injured must change cars at Israeli checkpoints.

During religious holidays, like Yom Kippur on October 12, Israeli authorities close down streets and prohibit Palestinians from approaching Israeli neighbourhoods. The only recourse many Palestinians have is to walk along country trails to either get into, or leave Jerusalem. 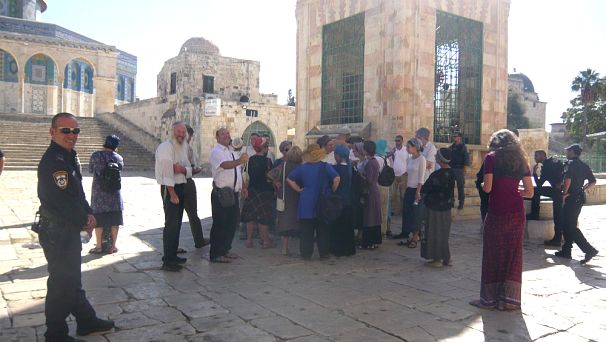 Tensions are even compounded by the fact that Jerusalem is the home to some of the most sacred sites to both Jews and Muslims, and it appears the former has the more liberal access.

It is not uncommon for Jews, surrounded by armed guards, to walk freely in Muslim holy areas prompting fears among Muslims they will be ousted from their sacred shrines.

On October 18 UNESCOadopted a resolution sharply condemning Israel for what it called “escalating Israeli aggressions and illegal measures” preventing Muslims from freely worshipping at the Al Aqsa and the Al-Ḥaram Al-Sharif Mosques.

UNESCO demanded that Israel “respect the historic status quo and to immediately stop these measures.” 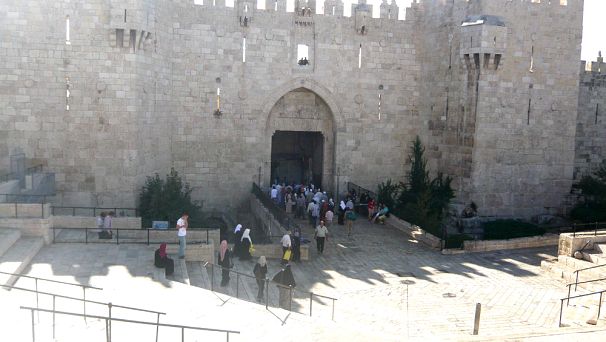 Next year will mark the 50th anniversary of the Israeli occupation of the West Bank and of the east of Jerusalem. And with each passing year, the city and the lives of Palestinians are increasingly under the encroaching authority of the Israeli government.

For many in Jerusalem, the Palestinian government has lost much of its legitimacy.

In September 2016, the Palestinian High Court suspended municipal elections because of, among other things, Israel’s apparent annexation of east Jerusalem.

There are also fears that as the Palestinian government appears incapable of confronting and possibly redressing the issues affecting day-to-day lives of Palestinians, many would choose to cast a vote for Hamas, the fundamentalist group planning to participate in this year’s elections.