It’s the fiercest storm to cross the Caribbean for years – and it has Jamaica in its sights.

Packing winds of some 240 kilometres per hour, Hurricane Matthew is slowly but surely making its way to the island, prompting evacuation orders in low lying coastal areas, that are not always being heeded.

“What we want to do is to get our citizens to comply in their own interest, which would certainly save resources having to be deployed in a time of emergency when it will be difficult to respond.”

Making my way to Montego Bay then Port Royal to examine to state of preparedness for #HurricaneMatthew. pic.twitter.com/tb6lK7KqM6

While Matthew has weakened slightly to a category four storm, its ferocity has led to concerns of economic devastation in the poor countries in its path, including Jamaica.

As well as the risk to life, tourism and agriculture could be most affected.

In Kingston, residents are stocking up on fuel and food, taking no chances, with some forecasts predicting Matthew could be the most powerful storm to cross the island since records began. 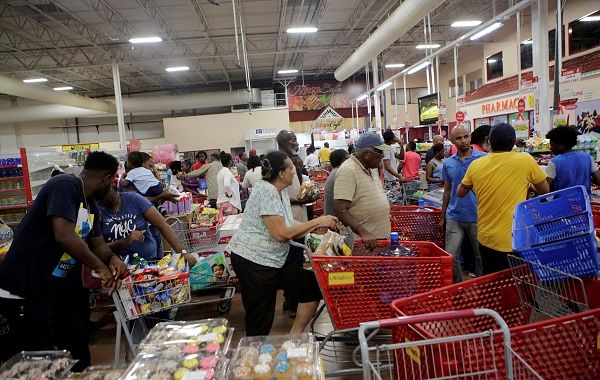