Apple has unveiled the highly-anticipated, new iPhone 7. The new model is water and dust resistant, with high-resolution cameras and no headphone jack.

The biggest surprise was that Nintendo’s Super Mario will be available on the latest model.

The next generation of the Apple Watch was also presented, amid much excitement about Nintendo’s ‘Pokemon Go’ being available on the device.

Tech Analyst Patrick Moorhead predicted a dramatic increase in sales for the Apple Watch 2, saying: “Most of the current Watch owners are early adopters and the next wave could be 10 times the size of that market.”

'Fastest smartphone chip ever,' the A10 Fusion, powers Apple's new iPhone 7: At the heart of every Apple iPho… https://t.co/SDKFMTi8DX

Wall Street wasn’t so sure. On Wednesday Apple’s stock got no bump from the release and in early trading on Thursday was down over two percent.

Nintendo’s shares in the US and South Korea shot up as it gained a new market for its games.

The watch will be released on 16 September and the iPhone 7 is expected on the same date. 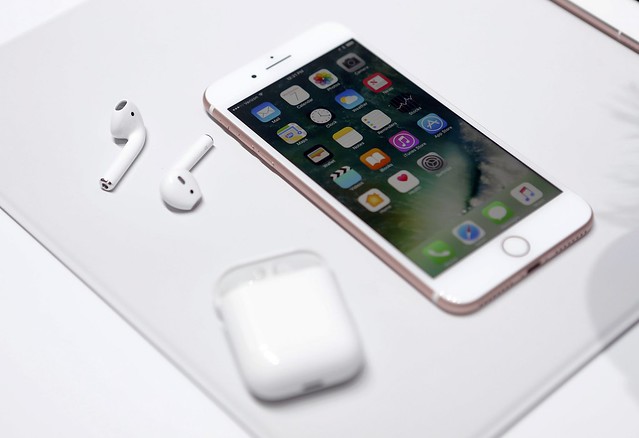