Euronews goes back in time to look at some of the greatest sporting moments in the history of the Olympic Games. 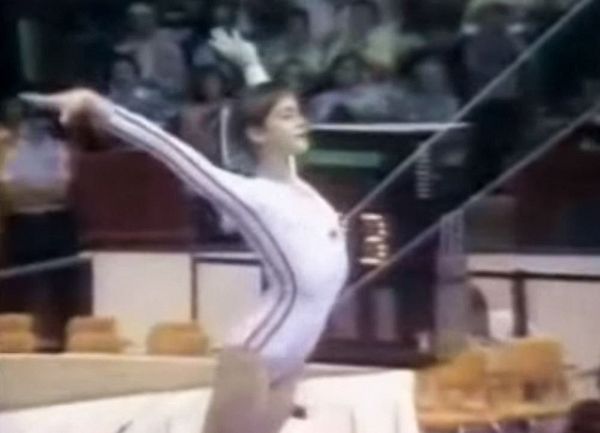 Comaneci was one of the stars of the Montreal Games. The Romanian made her first appearance on the uneven bars with a flawless performance. She was awarded a perfect 10.

The scoreboard manufacturer, Omega, was asked before the games if it thought four digits would be necessary for the gymnastics scoreboard. It was told a perfect 10 was impossible. So her marks were displayed as 1.00, which confused the crowd at first.

The 14 year old went on to record another six perfect scores. She won gold on the all-around, uneven bars and balance beam. She was the first Romanian gymnast to win the Olympic all-around title. 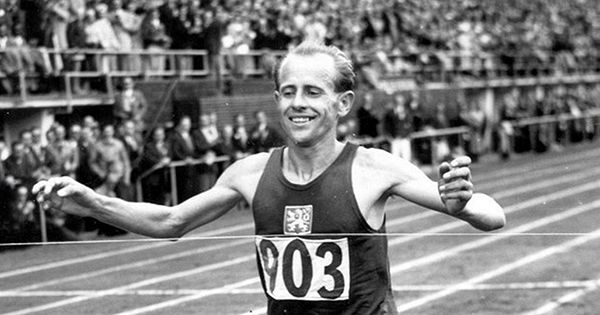 Emile Zatopek is one of the great names in long distance running. At the London Games in 1948 he won silver in the 5,000m and gold in the 10,000. His rival, Jim Peters, was so disappointed at losing the 10,000m to Zatopek in London four years earlier that he decided to run the marathon.

Zatopek had never run a marathon in his life. Peters was at one point the world record holder at that distance.

Zatopek’s game plan for the marathon was to keep pace with Peters. After an hour or so into the race, he asked Peters: “Is this pace too fast?” “No,” said Peters. “It isn’t fast enough.”

The Brit later admitted that the pace was fine but was just joking with the Czech runner. Zatopek believed him and upped the pace. That was the last time Peters saw him.

The Englishman eventually quit the race. Zatopek crossed the line with the crowd chanting his name. He beat the world record by more than six minutes. He had already won the 5,000m and the 10,000m at the Helsinki Games. He secured a long-distance treble that has never been equalled or beaten in the history of the games. 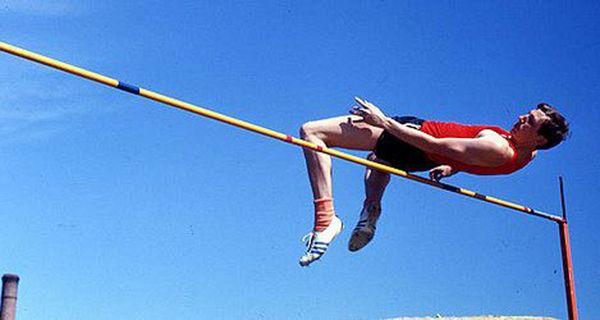 In the 1960s, the high jump normally comprised two methods. The first was the scissors jump, where the athlete threw first one leg and then the other over the bar before landing on his feet. The second was the straddle, and it’s variant the western roll. For this, athletes would throw themselves over the bar face down.

Fosbury had limited success with both methods. His best effort using the western roll was 5ft 4in (1.63m), more than 60cm (23.5in) shy of the then world record.

A year before the 1968 Olympics he was ranked 61st in the world. But at the Mexico Games he showed off a new style of jumping. He arrived at the event virtually unknown.

By the time the bar was set 2.18m he had jumped clear at the first jump and there were only two remaining contenders: the American Ed Caruthers. Fosbury went on to win gold with a new form of high jump that was to revolutionise the discipline. 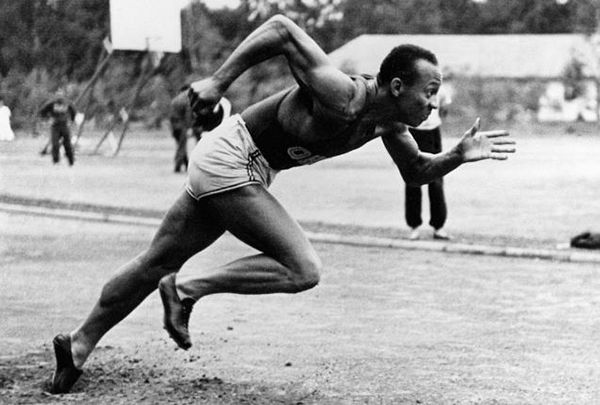 Coming in the Munich Games, Jesse Owens was already the world record holder in the 100m, the 200m and the long jump.

For the 100m he cruised through the rounds and ran his slowest time to win the semi-final. In the final, he blew away the Great German hope Erich Borchmeyer on the way to his gold medal.

The long jump proved to be less straightforward. He had two foul jumps in the morning’s qualifying round. Another German hope, Luz Long, suggested he adjust his runup marker. He did so and qualified for the final.

The two went toe-to-toe in the final with Owens eventually coming out ahead with a jump of 8.06m. Long was first to congratulate the American and the two took a lap of honour together.

Owens later said: “You can melt down all the medals and cups I have and they wouldn’t be a plating on the 24-carat friendship I felt for Luz Long at that moment.”

It’s often said that Hitler stormed out of the Berlin arena as a result of Owen’s performance. Owens later said: “When I came back to my native country, after all the stories about Hitler, I couldn’t ride in the front of the bus. 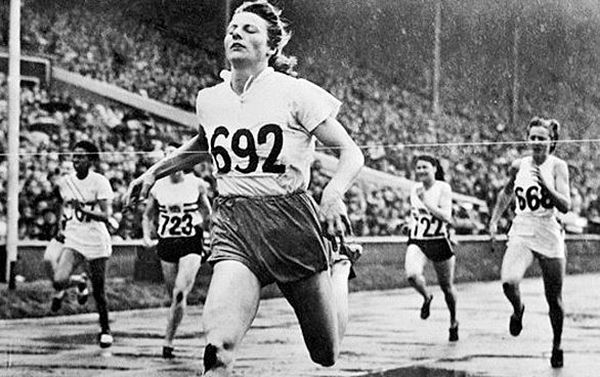 Much was predicted for the Dutch woman after she set her first world record in 1938 but she had the misfortune of coming into her prime during the second world war. By the time the Olympic Games resumed in 1948 she was aged 30 and married with two children.

But that did not deter the flying housewife. At the London Games she won the 100m in a time of 11.2 seconds. She doubled up her tally by taking gold in the 80m final. She succeded in the inaugural 200m for women in a time of 24.4 seconds.

She won her fourth the 4×100.
Blankers-Koen was the first Dutch athlete to win an Olympic title. More than this she was the first woman to win four gold medals, and the first to do so in a single games. She completed 11 heats in eight days.

She was hailed the women athlete of the 20th century by the International Association of Athletics Federations in 1999. 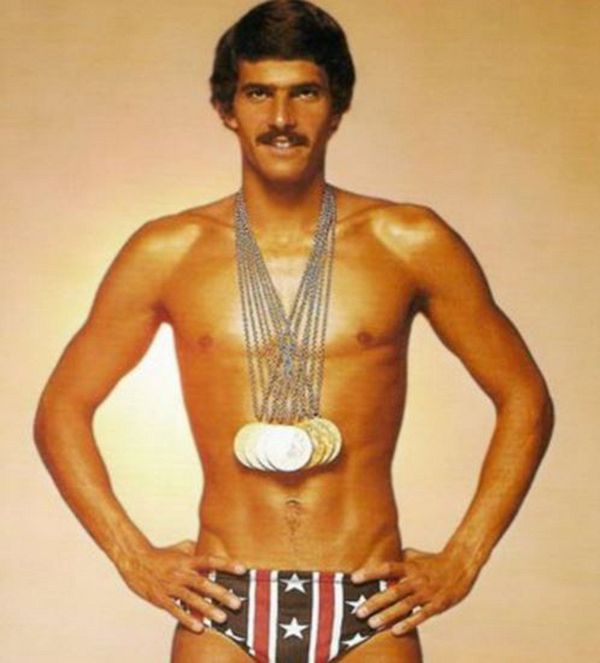 Four years earlier he walked away from the Mexico Games with a mere two medals (bronze in the 100m freestlye and silver in the 100m butterfly).

No one had ever claimed seven medals at a single games. That is, until Michael Phelps went one better at Beijing in 2008.