Hosts France restored footballing order on the European continent after thrashing minnows Iceland 5-2 to reach the semi-finals of Euro 2016.

Kolbeinn Sigthorsson gave Iceland a glimmer of hope ten minutes after the restart but Giroud headed home his second on the night three minutes later to end any small doubts of a French win in Paris.

Birkir Bjarnason pulled another one back for Iceland on 84 minutes but it was too little too late as France secured safe passage into the last four of their home tournament.

The Stade de France erupted into wild celebration when after just 12 minutes when Giroud blasted his side into the lead.

From the halfway line Blaise Matuidi lifted his pass over the top of the defence to the Gunner who rifled home an excellent first-time shot through Hannes Halldorsson’s legs.

Seven minutes later Didier Deschamps men had doubled the lead through Pogba. Griezmann fired his corner kick towards the far post when Pogba produced his best impression of Michael Jordan to leap above the Icelandic defence and thump his fine header into the back of the net.

Griezmann takes the corner and Pogba powers over Bödvarsson at the back post to double France's lead. #EURO2016pic.twitter.com/4yITW3FT24

France dominated possession and that was again rewarded when two minutes before the break Dimitri Payet notched up his third goal of the tournament.

Following some slick passing from ‘Les Bleus’ the ball eventually found its way to Payet on the edge of the area. The West Ham man pulled it onto his less-favoured left foot and unleashed a low shot into the far corner.

The French were not over with their first-half goalscoring exploits.

On the stroke of half time Griezmann effectively put the game to bed.

Giroud let a Laurent Koscielny pass down the centre run through his legs and drift into the path of Griezmann.

The Atletico Madrid player ran goal-bound before chipping the advancing Halldorsson to make sure France were 4-0 up walking back down the tunnel for a 15 minute break.

With four goals to his name Griezmann currently leads the race to the golden boot award for the tournaments top scorer.

Iceland strike back, but not hard enough

Iceland responded in the best possible way ten minutes after the restart. A fine whipping pass behind the defence and to the near post by Gylfi Sigurdsson was met by a lunching Sigthorsson, who tucked the ball past Hugo Lloris.

But any chance of a dramatic Iceland comeback was snuffed out just three minutes later when Giroud headed in an excellent Payet free-kick to restore France’s four-goal lead with his second on the night.

Giroud had dominated in the air all evening. Make that 10 goals in his last 9 #FRA starts. #EURO2016pic.twitter.com/hyAbve1FDm

Iceland saved a little more face when on the 84th minute Birkir Bjarnason guided his superb header past Lloris, but it was too little to late.

The win ended Iceland’s fairytale debut in the competition in emphatic style while it set up a semi final encounter with world champions Germany on July 7 in Marseille.

Nonetheless Iceland will return home as heroes having produced a fine display in France in what was their first major tournament finals.

The other semi-final pits competition newcomers Wales against Portugal, who have reached this stage of the Euro 2016 without having won a single match in the regulation 90 minutes.

Person of the day

Olivier Grioud for his man-of-the-match performance and his two goals on the night. 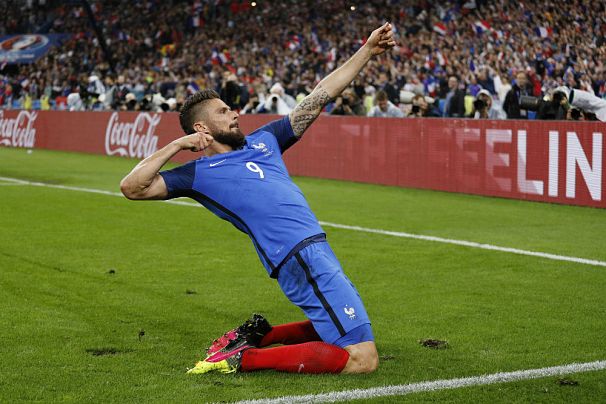 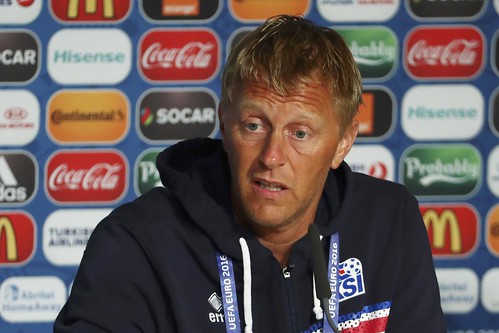