For the first time in 49 years the summer solstice has coincided with a full moon.

The once-in-a-generation astronomical event, which took place on Monday night, is not expected to happen again until 2062.

Called a strawberry moon, after it was named as such by North America’s Algonquin tribes, most people in the US were expected to have a good view of the rare phenomenon. 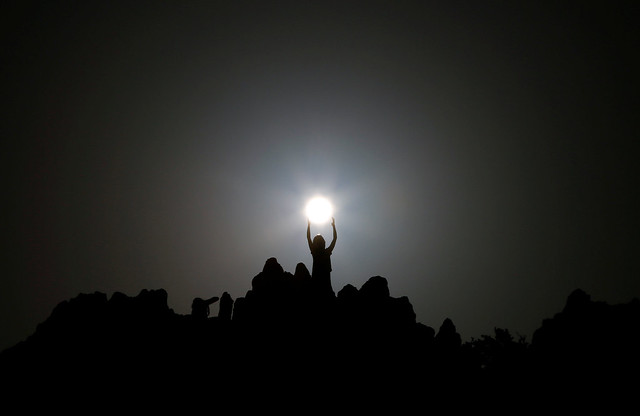 The summer solstice marks the shortest night of the year and thousands of people gathered at Stonehenge in the UK to mark the occasion.

‘‘The weather was fine throughout and the highlight of the evening was a spectacular full, strawberry moon over the ancient stones,’‘ English Heritage said.