Germany have made it through to the knockout stages of the European Championships after their narrow 1-0 win over Northern Ireland at the Parc des Princes.

Striker Mario Gomez broke the deadlock in the 30th minute thanks to some great work from team-mate Tomas Muller.

Joachim Loew’s men then took control of the game and dominated possession but goalkeeper Michael McGovern did well to prevent Mario Götze, Sami Khedira and Gomez extending the lead in the second half.

Poland also progressed after edging out Ukraine 1-0 at the Stade Velodrome in Marseille.

Both teams attacked relentlessly but failed to find the back of the net in the first-half.

Poland winger Jakub Błaszczykowski, who replaced Piotr Zieliński during the interval, proved to be the difference as he scored the only goal of the game in the 54th minute.

Croatia secured top spot in group D with a thrilling 2-1 win over Spain in Bordeaux.

Vicente del Bosque’s men got off to a great start and put their opponents under immediate pressure as Alvaro Morata drew first blood after seven minutes.

Fiorentina striker Nikola Kalinic then beat keeper David de Gea from close range to equalise before Ivan Perisic struck in the dying minutes of the game to earn his side all three points.

Turkey kept their hopes of reaching the knockout phase alive with an emphatic 2-0 win over Czech Republic in Lens.

Arda Turan’s team-mates, who were looking to give their fans something to cheer about following a dreadful start to their campaign, opened the scoring in the 10th minute thanks to Burak Yilmaz.

Ozan Tufan then doubled his side’s advantage in the second-half to make sure of the win thanks to some great work from Mehmet Topal.

England’s squad is the youngest at the tournament, with only four survivors from Euro 2012. In 18-year-old Marcus Rashford, the Three Lions also have the youngest player. The Manchester United striker is a full two months younger than Portugal ace Renato Sanches.

Only four team members, including captain Wayne Rooney, are aged over 30 and eight have played fewer than 10 internationals.

Meanwhile the Republic of Ireland will have the oldest squad at the tournament, with an average age of 29 years and 297 days. National team coach Martin O’Neill and assistant Roy Keane will be hoping the squad’s vast experience will make them stronger. 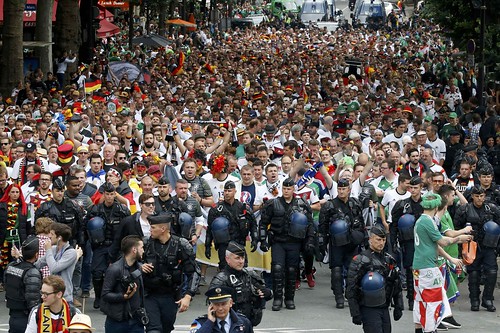