On Sunday the group stage for the host nation ended. Could les Bleus ensure France finished top of group A? And how did the match between Romania and Albania finish? Let’s find out in the latest Euro 2016 edition of The Corner.

The Swiss held the French in check in a sterile goaless draw in which several of the superskilled stars seemed to have trouble standing up on a slippery surface, and the French hit the bar three times to the agony of their supporters. They still end top of the group.

While the spirited Albanians stunned the Romanians by taking an early lead and then protecting it until the end to take an unexpected three points, and dump their opponents out of the tournament. 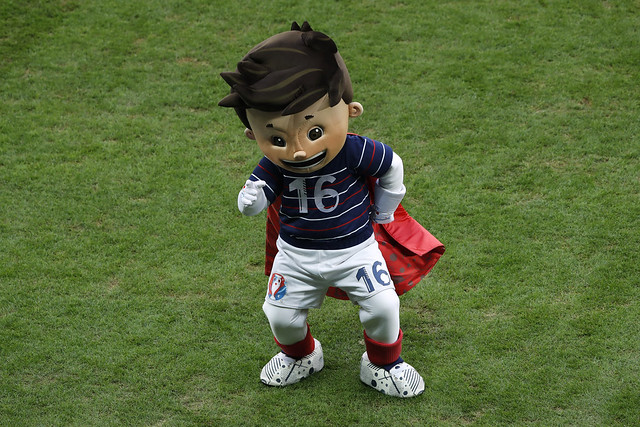 Do you know which two clubs have the most players at Euro 2016? A couple of clues: one club is well-known as the ‘‘Vecchia Signora’‘, the other one’s club anthem is the song ‘‘You’ll Never Walk Alone’‘.

You guessed it, Juventus is one of those teams, led by its veteran goalkeeper and then pouring like a fountain of quality from the Italian alps to provide the entire Italian backline and star players in several other teams. Like twelve football apostles they spread the word of discipline and tight control.

Only one other club comes to that level, and it is Liverpool, whose dazzling dozen fill the England ranks, followed by Belgium, Wales, Slovenia and Germany. If this were Top Trumps, you would want these cards.

While in France the European Championships are going on, in the United States there is the Copa America, celebrating its centenary. The great surprise was Brazil’s early elimination at the group stage. In the Old Continent, though, some Brazilians’ seasons are not over, because they are playing at Euro 2016. How is that possible?

Well, Portugal have pinched Pepe while the Spanish have smash and grabbed a pair,
Thiago Alcantara and Thiago Motta. Italy’s Eder has been spirited away and even the
Russians have got in on the act with reserve goalie Guilherme. It is all entirely legitimate, of course, free choices of birthright made by today’s global footballers.

We might be Wrong (don’t put your house on it)

On Monday night we are going to find out which teams in Group B are going into the last 16. But we are going to try to predict them right now. If you do not agree, send us your tips, via the hashtag #TheCornerScores.

To wrap things up an incredible video we found on an English website, featuring the evergreen Italian goalkeeper Gianluigi Buffon mashing up everyone’s favourite pantomime villain Swedish striker Zlatan Ibrahimovic. Euro 2016 is back on Monday, don’t miss it!