Leicester City have created what bookmakers call the “biggest shock in the history of betting” by winning English football’s Premier League.

At the start of the season Leicester, known as The Foxes, were quoted at 5,000 to 1 to claim the title. This time last season the club was fighting relegation but a massive turnaround has seen the low-cost team storm ahead of the big-budget likes of Chelsea, Manchester City and Manchester United (see graphic below).

British bookmaker Coralsays it has lost around £4 million (5.11 million euros) to punters who backed the outsiders earlier in the season.

Coral spokesman Simon Clare said Leicester’s achievement “will go down as officially, and by some margin, the biggest shock in the history of betting in this country, and probably the world.”

To put those odds in context, boxer Buster Douglas was 42/1 to beat Mike Tyson in 1990 (which he duly did) and tennis player Goran Ivanisevic was 250/1 to win Wimbledon in 2001 when he only qualified via a wild card. 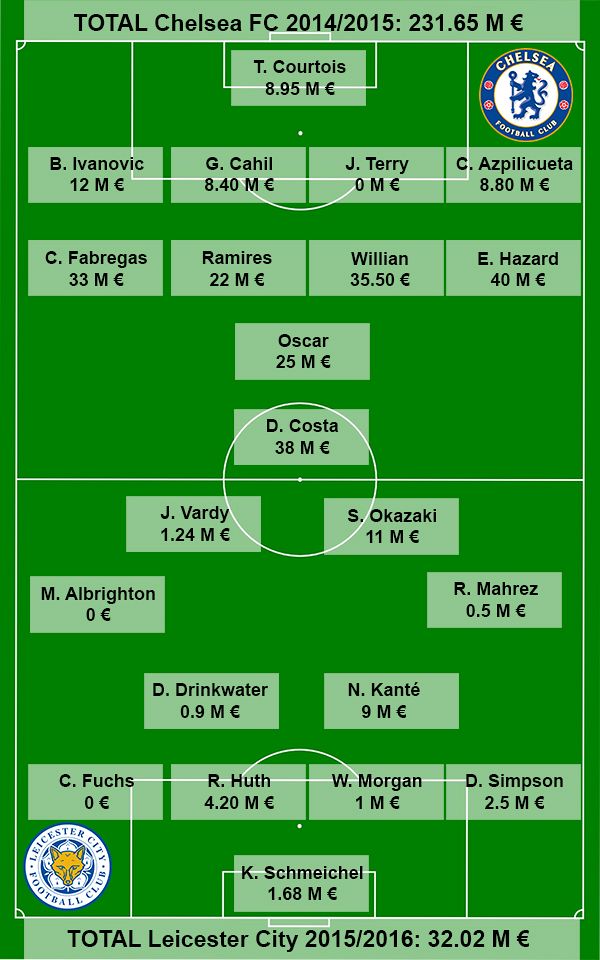