The huge spherical stone which was discovered last month in the Podubravlje forest in Bosnia is puzzling the scientific community.

The half-buried stone was found by Bosnian archaeologist Sam Osmanagich. According to estimates, it weighs about 30 tons and measures up to 1.5 metres in diameter. Its brown-reddish colour suggests it is partly composed of iron, but analysis has yet to be done. 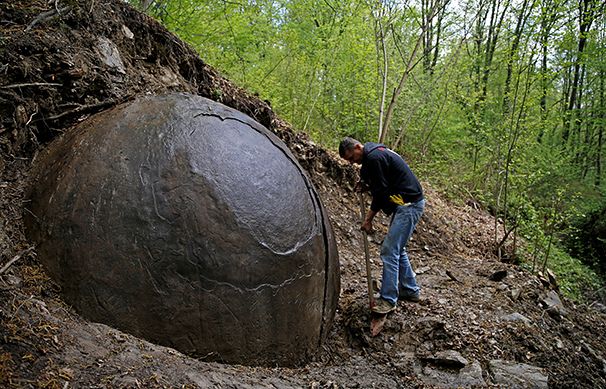 For the archaeologist, this means “it would be further proof that southern Europe, the Balkans and Bosnia in particular, were home to advanced civilisations from the distant past and we have no written records about them.” This sphere could tell us more about this elusive civilisation. “They had high technology, different than ours. Finally, they knew the power of geometrical shapes, because the sphere is one of the most powerful shapes along with pyramidal and conical shapes. No wonder, that pyramids and tumulus phenomena can also be found in Bosnia.”

Osmanagich says he has been researching stone ball phenomenon for 15 years, including granite stone balls in southern Costa Rica and volcanic stone spheres in western Mexico and Easter Island, according to news.com.au. 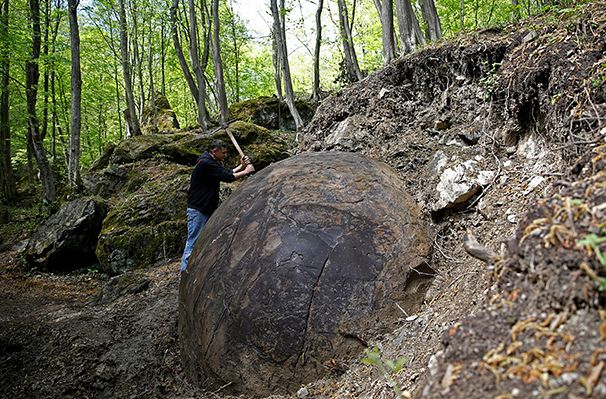 However, other experts doubt these balls are man-made, and think rather that they are a natural formation. Mandy Edwards, a lecturer at the University of Manchester’s School of Earth, Atmospheric and Environmental Sciences told MailOnline that the spherical stone may be an example of concretion.

Experts at the Geological Society, quoted by the MailOnline, said the round shape of the rock could be the result of spheroidal weathering – a form of chemical weathering that affects jointed bedrock and results in the formation of concentric or spherical layers of highly decayed rock. They say there may be similar rocks in the area too. 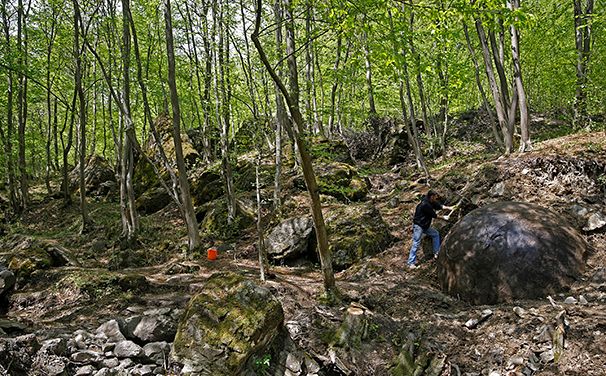