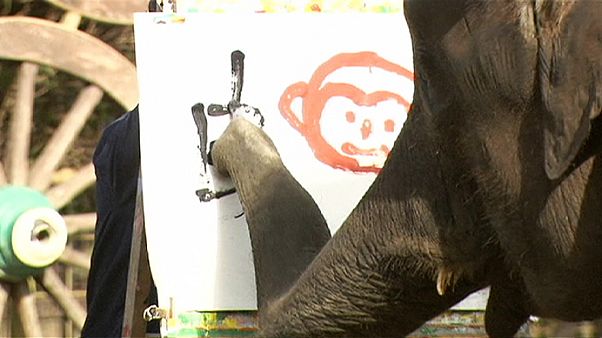 Visitors to a zoo in Ichihara City, near Tokyo, watched two elephants show off their calligraphy skills on Saturday. Eight-year-old Yumeka held a brush in her trunk and wrote the Chinese character for “monkey”. 2016 is the Year of the Monkey according to the Chinese zodiac. Her two-year-old sister Ririka wrote her name in Japanese katakana characters. This was her first public demonstration.