The most expensive artwork ever has been sold at auction at Christie’s in New York.

The painting is one of a series created by the Spanish artist while in his seventies.

The work is said to have been influenced by Matisse, Cezanne and El Greco.

“It’ll be fascinating to see for how long this Picasso will hold the record for any work of art. It could be a decade, it could be longer than that. So we really have witnessed not only a piece of art history, but a piece of cultural history here tonight,” said Auctioneer and Christie’s President Jussi Pylkkanen.

Other highlights from the sale included a sculpture by Giacometti, one of Monet’s Houses of Parliament series, and Dubuffet’s Paris Polka.

Previously the most expensive work sold at auction was by Francis Bacon. “Three Studies of Lucian Freud” sold for $142.4 million (125 million euros) at Christie’s in New York in 2013.

Five paintings that cost $100m+ Which would you rather have in your front room? 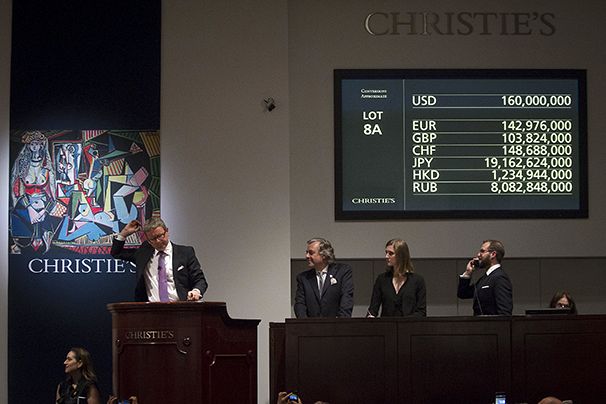