On April 26, 1986 a series of unsuccessful tests at the 4th reactor of Chernobyl nuclear power plant in the north-west of Ukraine caused an explosion which turned into an extensive fire, resulting in the world’s worst nuclear accident.

The Soviet government attempted to cover up what happened but was forced to admit it after it was reported by a Swedish nuclear energy authority.

Two people died in the immediate explosion and 29 more in the hospital over the next few days. The 4th reactor continued to burn for almost three weeks and scores of people worked as so called “liquidators” putting the fire out. A lot of them died subsequently from health problems linked to exposure to radiation.

The total number of Chernobyl fatalities over the years is a disputed figure. International Agency for Research on Cancer (a UN body) claims that by 2065 40,000 people will have died from cancers that could be traced to Chernobyl. Many scientists put the figure well into six digits.

A 30 km exclusion zone was created and still remains around Chernobyl. Hundreds of thousands of people were evacuated from the areas around the plant, mainly the town of Prypiat and nearby villages. A temporary cover over the 4th reactor was erected in the summer of 1986 to be replaced later with a stronger structure. The building of the latter continues to this day, slowed down by the complexity of the project and high levels of radiation still present around the burnt-out reactor.

29 years after the accident Euronews spoke to three young Ukrainians, born within days of each other in that fateful month. We asked them: what is it like being a child of Chernobyl?

Olga Zakrevska is a professional photographer, running her own studio in Ukraine’s capital Kyiv. She was born on April 11, 1986 in Prypiat, a town nearest to the Chernobyl plant where many of the staff lived. Her father was a young nuclear energy expert.

“…after we moved away some parents would prevent their kids from playing with my brother and me, claiming that we were radioactive and contagious.” 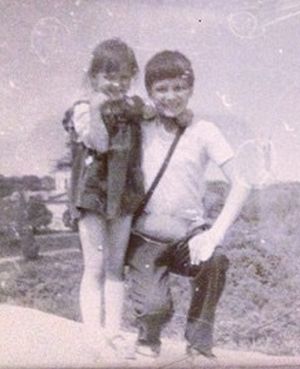 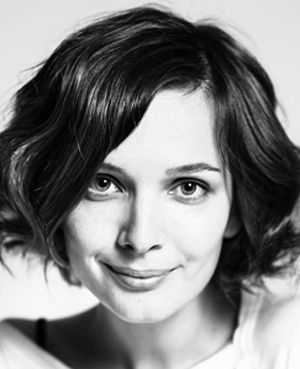 “I lived in Prypiat for the first 15 days of my life. We left on April 26, 1986 and spent about a year staying with friends and family in Kyiv. I was tiny at the time and you could say I absorbed my mother’s anxieties and worries about our future. A year later we were given our own flat, which we were very grateful for. My father continued to travel to Chernobyl and work there.

“Chernobyl has been a part of my family’s story ever since I can remember. Our neighbours also worked at the plant. It was a part of our everyday life, a part of our relationship with the state. Chernobyl came up in the regular medical check-ups we had to have, the documents we had to file to receive assistance and aid.

“Right now I am trying to assess fully what Chernobyl meant for me. When I turned 25, I was suddenly struck by the fact that I grew up in the shadow of this event, this phenomenon. That’s why now I seek out other Chernobyl families, invite them to my photo studio. I photograph them, we talk. Many of my peers have their own families and kids now. We worry about our health, of course. When I was young the doctors kept saying: “We have no idea how the radiation might affect you.” Some things you can predict but many, well, you can’t.

“I feel that people, including those born in Prypiat, are still not ready to think and analyse what Chernobyl meant for us. Some would rather forget, push it to the back of their mind. Personally, I believe that since it happened, it is better to try and understand. Chernobyl traumatised us and through dealing with this trauma I think we can lead a better life in the future.

“Time heals but it never cures. Although I believe that some wounds can make you stronger. I think my peers and myself are strong people, perhaps stronger and more prepared to deal with life’s difficulties than others. One day our parents had to up and go, knowing they were never coming back. Afterwards we had to deal with prejudice: after we moved away some parents would prevent their kids from playing with my brother and I, claiming that we were radioactive and contagious.

“I have been photographing Chernobyl families for some time now and would like to turn this collection into a proper project one day. What’s more important for me personally though is to find my parents’ friends and colleagues, ones who worked at Chernobyl in 1986 and renew those bonds.”

Olexiy Starynets was born on April 26, 1986 in a small town a few kilometres south of the Ukrainian capital. Now he is a sports journalist living in Kyiv. Even though his birthday has always been a source of comments about a “Chernobyl baby”, he is optimistic about the future and believes in moving on.

“When I was little we moved a few times and at each new school I would have a medical check-up. I was always the healthiest!” 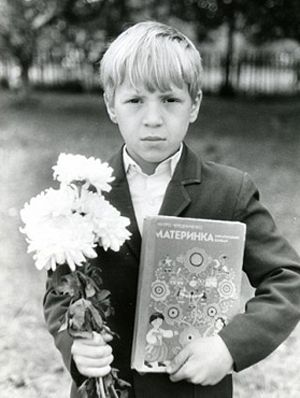 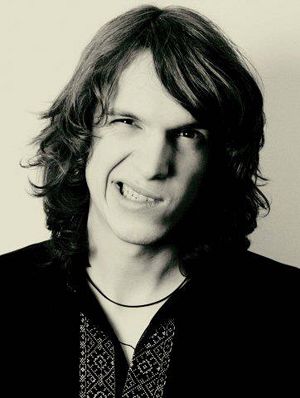 “My first memory of Chernobyl? My earliest birthday memory, of course! People always talked about it, at home and at school, since I was born on the day of the actual explosion. My mum and Grandma told me that they heard about the disaster on day one. At the maternity ward where my mum gave birth to me they would shut the windows to keep the radiation out and washed the floors more often. The explosion happened in the early hours of April 26. I was born around 6 pm that day.

“When I was little we moved a few times and at each new school I would have a medical check-up. I was always the healthiest! Of course, my parents never stopped thinking and worrying about effects of Chernobyl since we lived only 250 km away from it and often went closer than that!

“No, I don’t think of myself as a Chernobyl child. It hasn’t affected my health for one reason or another. I feel completely normal. I have not been to Prypiat, to the Chernobyl power plant that is. I am sure I will go one day just to see what it’s like.

“I am very positive about nuclear energy. If dealt with correctly, it is safe and environmentally sound. As far as I understand the accident at Chernobyl was caused by human error.

“Yes, of course Chernobyl is a part of our history but I don’t think about it too much. My friends always remember my birthday though!”

Yuri Vyshnevsky is also a journalist living in Kyiv. He was born on April 1, 1986. His father worked in the exclusion zone in the months after the accident.

“I feel that since a lot of countries don’t have sufficient natural resources in the 21st century nuclear energy is necessary .” 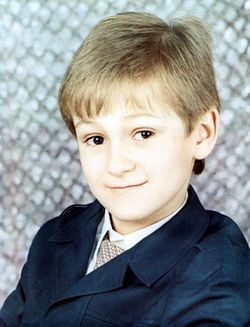 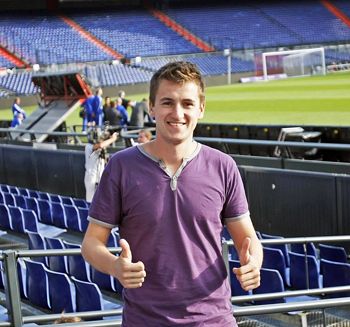 “My mum went to stay with my Grandma in Moldova after the accident and my Dad came to visit whenever he could. We mentioned Chernobyl occasionally but luckily it has not affected our family that much. We are all quite healthy though the environment in Ukraine is very polluted.

“Chernobyl is a massive part of our history. Ukraine became known in Europe in the worst possible way, we can’t forget that. There have been plenty of other events, though, which make me proud to be Ukrainian: the declaration of state independence, sporting victories of my compatriots like footballers from Dynamo Kyiv, boxing champions the Klitschko brothers and Ukrainian Olympians. However, all these positive things cannot make me forget about this huge environmental disaster, which harmed not just Ukraine but also other European countries.

“I don’t think of myself as a child of Chernobyl really. It hasn’t affected my health, luckily. But through my work I see kids whose parents have been ill or who are sick themselves. It is very sad.

“I have never been to the exclusion zone but a lot of my friends have. Now it’s quite easy to go there on a guided tour, so the “exclusion” is really quite limited.

“Is nuclear power a good idea? I feel that since a lot of countries don’t have sufficient natural resources in the 21st century, nuclear energy is necessary. It’s important to be responsible with it though to prevent disasters which hurt humans and nature.”