An Apple iPad which belonged to Pope Francis fetched 28,500 euros at auction on Tuesday, with proceeds going to a school for the poor in Uruguay, the local auction house selling the item said.

The Castells auction house in Montevideo said the winning bid was placed by telephone, but declined to disclose the buyer’s identity or nationality.

It is not the first time Pope Francis, who has often criticized orthodox market economics for fostering inequality, has donated a personal belonging. Last year, a Harley-Davidson motorbike he had received as a gift fetched 241,500 euros. 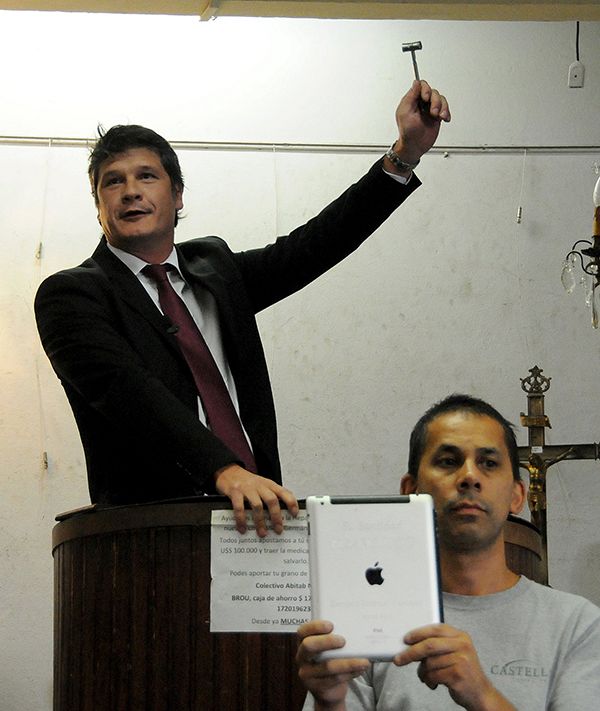 “May you do something good with it,” Uruguayan priest Gonzalo Aemilius recalled being told by the Argentina-born pope when he handed over the iPad.

Aemilius in turn donated the tablet to the Francisco de Paysandu high school, located about 370 kilometers (230 miles) north of the capital, Montevideo.

The device carries the inscription “His Holiness Francisco. Servizio Internet Vatican, March 2013,” and has a certificate signed by the Pope’s personal secretary, Fabian Pedacchio Leaniz.

Pope Francis has called the Internet a “gift from God,” but confesses to being a “disaster” with technology.