The message echoed around the world three years ago, announcing the survival of the miners trapped in the San José mine in Copiapó, in northern Chile.

Silence was broken. Some 17 days after the gold and copper mine collapsed, burying the miners more than 600 metres underground, there was still a glimmer of hope.

Until that day, the miners had survived on rations of two spoonfuls of tuna, half a biscuit and half a glass of milk every 48 hours, at a temperature of 33 degrees and with 90 percent humidity. The men spent more than two months without seeing the light of day.

On October 12, a local deputy announced the news: a rescue, originally planned for the following Wednesday at midnight (local time), would be brought forward to 8pm on the night of the announcement.

But the wave of solidarity and excitement that had buzzed around the world during the disaster and subsequent rescue, quickly faded into oblivion.
So, what became of the heroes of the San José mine?

Euronews contacted Daniel Esteban Herrera, one of the 33 trapped miners, through the social network Facebook.

Following his rescue, Herrera spent a year and a half being seen by a psychologist. Today he is 30- years-old and continues to work in a mine.

He says that the experience he went through taught him to never lower his guard against the adversities of life. It is precisely this message that he seeks to spread in the lectures he now gives. He has managed to overcome his psychological barriers and has returned to a life of mining. 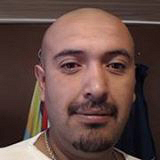 Sandra Valdivia, euronews: “How did this experience affect your life?”

Daniel Herrera, member of the ‘San José 33’: “In my case, this taught me many things: to value my family, to see life from a different perspective and to enjoy every day. It was such a big pain at the time, spending 70 days underground, feeling overcrowded in that hole, with no food.”

euronews: “What has changed for you over the past three years?” Herrera:“Learning to enjoy my life has changed my emotions. I am still affected, of course, but I have to overcome that, step by step. I don’t like to see my family sometimes suffer because of this traumatic experience. They did not receive any support or anything.”

euronews: “What should the authorities have done in your opinion?”

Herrera: “The families were also in need of help and perhaps psychological treatment. Some of our families cry. They still have nightmares when they talk about this. They also suffered massively and nobody looked after them.”

euronews: “Do you feel abandoned by the authorities and the media?”

Herrera: “By the authorities, yes. They promised us the world but their words floated away on the breeze. They instantly forgot their promise. I personally feel that I was manipulated; the authorities used us, then threw us away as if we were disposable coffee cups.”

euronews: “What is the current compensation situation?”

Herrera: “We have had no news. It is a matter for our lawyer. The only thing we know is that they [the mining company] were acquitted with no charges against them. It makes me think that there is a moral behind the accident we lived through. Due to continuing poor safety controls, this kind of accident still happens, so we can be excused for thinking that these mines are not correctly monitored, even though there is a lot of money involved in this sector. Justice has done nothing, except for handing out its verdict in the initial lawsuits, which were carried out without a proper investigation.”

euronews: “Are you working nowadays? If so, where?”

Herrera: “Yes, at Codelco Radomiro Tomic, in Calama. I still work in mining but now in surface mining as a truck driver. Working under the open sky is much better and much safer. Radomiro Tomic is the most productive branch of Codelco. Before working there, I was in Panal Ltda but I
didn’t work underground.”

euronews: “And how did you feel about starting back to work?”

Herrera: “It felt great! Going to work in surface mining was such a great feeling.”

euronews: “Could you describe how you felt on returning to San José?” Herrera: “When I went inside the mine I felt a huge sense of fear, despair and anguish. I felt that I needed to resolve something inside of me. I didn’t make it more than 100 metres in, when I realised that the San José mine had kept a part of my life.”

euronews: “Are you still in contact with other members of the ‘San José 33’? How are your former colleagues?” Herrera: “Yes, I am in contact with them and they have let me know that some of them are in a really bad way, both psychologically and financially.”

euronews: “Are they receiving any help? Any treatment?” Herrera: “I don’t know. Some of them received an allowance. But that was only about 12 of the 33, despite us all going through the same thing at the same time. And it is financial support that helps everybody. Some of the men are psychologically affected by their financial problems.”

euronews: “Why did only 12 of the 33 receive that allowance?” Herrera:“It was only for those over 55-years-old – for those who couldn’t go back to work after the accident.”

euronews: “After the epic rescue, many people said that you received too much money, and you were criticised because of that. Is this true? Are you still being criticised?” Herrera:“Yes, we received some money but it was not that much. We received eight million pesos, and yes, it is true that people still accuse us of being loaded with money.”

euronews: “You became worldwide celebrities for a few days. How did it feel when that interest started to wear off?”

Herrera: “I didn’t feel anything at all. I didn’t go looking for fame or glory, I just wanted to feel comfortable with myself. I was under psychological treatment for a year and a half and I participate in group chat sessions where I help others by telling them about my experience in the mine. I have overcome that with a message of hope: do not give up when faced with adversity.

euronews: “Is there a message you would like to deliver to the authorities, or your former colleagues?”

Herrera: “To the authorities: what a disappointment, again. To my colleagues: you have to be strong and get through this. Keep moving forward.”

euronews: “Thank you very much for your time. Take care.”

Herrera: “Yes, thank you. We will take care, we carry on.”