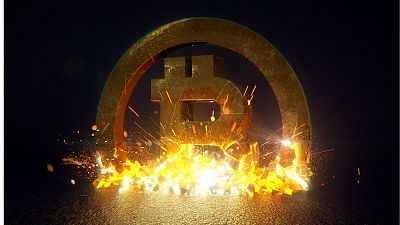 Cryptocurrency lending firm Celsius Network will pause withdrawals and transfers between accounts due to "extreme market conditions", the company said on Monday, in the latest sign of pressure in the crypto industry.

The world's largest cryptocurrency, Bitcoin, extended earlier declines after the announcement, falling more than 10 per cent to an 18-month low of $23,750 (€22,712). It is down by around 50 per cent so far this year.

"We are taking this necessary action ... in order to stabilise liquidity and operations while we take steps to preserve and protect assets," Celsius Network said in a blog post.

"Furthermore, customers will continue to accrue rewards during the pause in line with our commitment to our customers".

While crypto lending has become increasingly big business, the sector has come under regulatory scrutiny, particularly in the US.

The value of the cryptocurrency market on Monday fell below $1 trillion (€956 billion) for the first time since January 2021, according to data site CoinMarketCap, reaching as low as $926 billion (€885 billion).

Crypto markets have been under pressure in recent months, falling alongside other so-called risk assets as interest rates have risen around the world.

Price falls have also both been caused by and contributed to the collapse of some crypto projects. Most notable was the fall of stablecoin TerraUSD, which broke its dollar peg and collapsed in value last month, rocking the crypto industry.

The global cryptocurrency market peaked at $2.9 trillion (€2.77 trillion) in November 2021, but it has faltered so far this year.

It has lost $1 trillion in value in the last two months alone as investors ditched riskier assets in the face of high inflation and fears that interest rate raises by central banks will hamper growth.

"As inflation proves to be an even trickier opponent to beat than expected, Bitcoin and Ether are continuing to get a severe bruising in the ring," said Susannah Streeter, senior investment and markets analyst at Hargreaves Lansdown.

"They are prime victims of the flight away from risky assets as investors fret about spiralling consumer prices around the world".

Is Google’s AI bot sentient? Here’s why one engineer believes it is