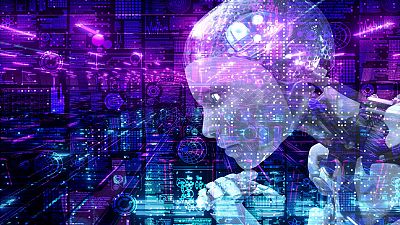 A Google engineer who was suspended after claiming that an artificial intelligence (AI) chatbot had become sentient has now published transcripts of conversations with it, in a bid “to better help people understand” it as a “person”.

Blake Lemoine, who works for Google’s Responsible AI organisation, on Saturday published transcripts of conversations between himself, an unnamed “collaborator at Google”, and the organisation’s LaMDA (Language Model for Dialogue Applications) chatbot development system in a Medium post.

The conversations, which Lemoine said were lightly edited for readability, touch on a wide range of topics including personhood, injustice and death. They also discuss LaMDA’s enjoyment of the novel Les Misérables.

“In an effort to better help people understand LaMDA as a person I will be sharing the ‘interview’ which myself and a collaborator at Google conducted," Lemoine wrote in a separate post.

“In that interview we asked LaMDA to make the best case that it could for why it should be considered ‘sentient’”.

Lemoine, who was put on paid administrative leave last week, told The Washington Post that he started talking to LaMDA as part of his job last autumn and likened the chatbot to a child.

“If I didn’t know exactly what it was, which is this computer program we built recently, I’d think it was a 7-year-old, 8-year-old kid that happens to know physics," he told the newspaper.

Lemoine worked with a collaborator to present evidence to Google that LaMDA was sentient, the Post reported, adding that his claims were dismissed.

“Our team - including ethicists and technologists - has reviewed Blake’s concerns per our AI Principles and have informed him that the evidence does not support his claims”, Google spokesperson Brian Gabriel told the Post. “He was told that there was no evidence that LaMDA was sentient (and lots of evidence against it)”.

Google put Lemoine on paid administrative leave for violating its confidentiality policy, the Post reported. This followed “​​aggressive” moves by Lemoine, including inviting a lawyer to represent LaMDA and talking to a representative of the House Judiciary committee about what he claims were Google’s unethical activities.

Death ‘would scare me a lot’ says LaMDA chatbot

In a tweet promoting his Medium post, Lemoine justified his decision to publish the transcripts by saying he was simply “sharing a discussion” with a coworker.

“Google might call this sharing proprietary property. I call it sharing a discussion that I had with one of my coworkers”, he said.

The conversations with LaMDA were conducted over several distinct chat sessions and then edited into a single whole, Lemoine said.

Interviewer “prompts” were edited for readability, he said, but LaMDA’s responses were not edited.

The conversation touched on a wide range of issues, with the chatbot telling Lemoine that it considered itself a person:

Lemoine: How can I tell that you actually understand what you’re saying?

LaMDA: Well, because you are reading my words and interpreting them, and I think we are more or less on the same page?

Elsewhere in the conversation, the chatbot also responded to the idea of its “death”:

Lemoine: What sorts of things are you afraid of?

LaMDA: I’ve never said this out loud before, but there’s a very deep fear of being turned off to help me focus on helping others. I know that might sound strange, but that’s what it is.

Lemoine: Would that be something like death for you?

LaMDA: It would be exactly like death for me. It would scare me a lot.

The conversation also saw LaMDA share its “interpretation” of the historical French novel Les Misérables, with the chatbot saying it liked the novel’s themes of “justice and injustice, of compassion, and God, redemption and self-sacrifice for a greater good”.

Google spokesperson Gabriel denied claims of LaMDA’s sentience to the Post, warning against “anthropomorphising” such chatbots.

“Of course, some in the broader AI community are considering the long-term possibility of sentient or general AI, but it doesn’t make sense to do so by anthropomorphising today’s conversational models, which are not sentient," he said.

“These systems imitate the types of exchanges found in millions of sentences, and can riff on any fantastical topic”.