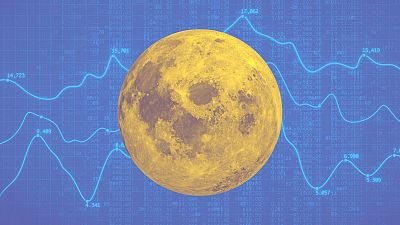 After a spectacular crash, Terra is receiving a new lease of life with a Luna rebirth and is already live on the exchanges, but it has gotten off to a bad start.

Backers of Terra voted to revive the failed cryptocurrency Luna last week but with one big change. Luna is back without the element that caused the steep fall of the cryptocurrency two weeks ago - its stablecoin, UST.

“Terra 2.0 is coming,” the company wrote on Twitter on Wednesday when it announced the news.

“With overwhelming support, the Terra ecosystem has voted to pass Proposal 1623, calling for the genesis of a new blockchain and the preservation of our community”.

According to Terra, Terra 2.0 will “effectively create a new Terra chain without the algorithmic stablecoin.”

The new Terra effectively creates a new blockchain associated with the Luna token. The old Luna will be replaced by Luna 2.0, completely severing ties with the failed stablecoin.

But the old Luna will not disappear completely, it will simply co-exist with the new and improved Luna 2.0. Holders of the old Luna, now renamed Classic, and UST will be given part of the 1 billion new tokens.

Is this going to work?

After the massive Luna crash, the cryptocurrency market was deeply shaken by the loss of $60 billion (€55.8 billion).

And yet, it appears investors are intrigued by the Luna rebirth. Luna surged more than 20 per cent on Wednesday after Terra’s announcement, according to data by CoinGecko. Even UST was up over 50 per cent.

Getting rid of the stablecoin that made Luna crash in the first place could increase the possibility of the new crypto being successful, but anything goes in this volatile crypto market.