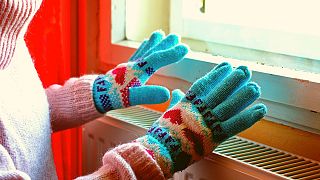 ‘Warm spaces’ are being set up as refuges for Brits struggling to pay soaring energy bills this winter.

Otherwise known as warm banks, these simple community spots are being rolled out in response to the energy crisis - though they're rarely heard of in the rest of Europe.

Before Liz Truss took over as UK PM, the price cap (the maximum amount suppliers can charge per unit of energy) was set to rise by another 80 per cent in October, taking average household bills to an eye-watering £3,549 (€4,200) a year.

It’s a life-threatening matter for those at the sharpest end; around 10,000 people die each year as a result of living in a cold home, according to the charity National Energy Action.

With this winter set to be bleaker than ever amid the energy and wider cost of living crisis, councils and charities have for months been discussing how to keep people warm.

What are 'warm spaces'?

The finer details are still being worked out around the country. But local councils, charities, museums, libraries and NHS services are all offering to host those in need.

The basic idea is to offer a safe, warm place where local people who can’t afford to heat their homes can come and spend time. Some venues may be able to offer food, drink, electric charging points and a sociable hub too.

In a sign of its relative newness, popular financial journalist Martin Lewis explained the term to his Twitter followers in July. "Can't believe I'm writing this, but I wonder if this winter we’ll need 'warm banks' the equivalent of 'food banks' where people who can't afford heating are invited to spend their days at no cost with heating (eg libraries, public buildings)?" he wrote.

Thousands of likes and comments show the concept struck a chord. Google searches for ‘warm banks’ in the UK soared between August and September.

Lewis has since commissioned CILIP (the Chartered Institute of Library and Information Professionals) to look into how these spaces can best be set up. The resulting guide looks at how organisations can make their sites welcoming, accessible and toasty.

He also notes the concept has undergone a name change: "the name has rightly changed too, a warm space is a far more approachable place than a warm bank."

Locals and local authorities are setting up warm spaces

Social media is also being used to spread the word among those interested in helping out. One woman is campaigning as part of a ‘tiny charity’ to secure one warm home per neighbourhood this winter, inviting people to offer their living rooms to those who would otherwise struggle to stay warm.

“I'm so terrified for the vulnerable that I've decided to start organising neighbourhood #WarmHomesUk where the vulnerable can go for a warm cup of tea and emergency warm shelter,” she tweets.

Along with Aberdeen, Birmingham and Dundee, Bristol City Council is one of many local authorities promising to run a warm space.

“We are working with community organisations across the city to open a network of welcoming spaces for residents to access warmth, social interaction and advice over the autumn and winter,” a council spokesperson said last month. “Services, which will vary at each welcoming space, could include access to recharging electronic devices, use of Wi-Fi or computers, and food provision.”

Most warm spaces planned to open their doors from October, when temperatures start to drop significantly, and bills go up by another third.

Are 'warm banks' a positive development?

While no compassionate person is against warm banks per se, many have expressed their discomfort or outrage that there is a need for them - and that it falls to homeowners and under-funded public services to provide them.

"The nation's over reliance on food banks should serve as a warning to the future that we cannot normalise warm banks as part of our lives,” Simon Francis, End Fuel Poverty Coalition coordinator, tells Euronews Green.

We cannot normalise warm banks as part of our lives.

"While we need emergency financial support to help the most vulnerable stay warm this winter, we also need the government to invest in long term solutions to fuel poverty.

"This includes additional support for energy efficiency measures, investment in renewables and weaning the nation off volatile fossil fuels which are at the heart of how we got into this mess in the first place."

The fact that such spaces might be needed at all is also spurring on Brits campaigning against unfeasible energy bills. Speaking to Euronews Green in August, Lewis Ford, a Don’t Pay organiser in Hull, called warm banks “an absolutely preposterous idea.”

“We’ve already got the highest usage of food banks in Europe,” he claims. “We’re one of the richest nations. So it’s not like there’s no money, it’s the fact that the money is being kept in one space.”

Fuel Poverty Action is campaigning for Energy For All: a universal, free band of energy to cover the basics like heating, lighting and cooking, at a level depending on each household’s need.