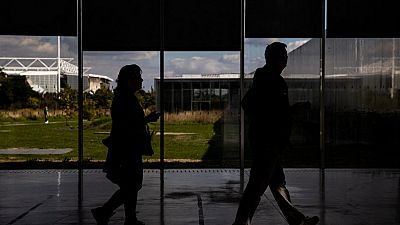 Museums in France are relying on tightening their purse strings and future investments to ride out soaring energy costs, rather than ticket price increases or partial closures, AFP report.

Many of Paris's major cultural, artistic and historical centres will count on energy-efficiency savings, along with state support, to tackle electricity and gas price rises, which are being fuelled by the Ukraine war.

Energy costs for the Orangerie and Orsay museums in the French capital have tripled, says General Administer Pierre-Emmanuel Lecerf.

"At this stage, we don't want to close museums or increase prices. It's up to us to adapt," said Lecerf, cautioning that closures may be unavoidable if there is a "break in energy supply."

He added that "discussions" were underway with the country's Ministry of Culture, with an "update" on the situation expected before the end of the month.

While not announcing exact figures for this year, the Louvre has previously said it would cut energy consumption by 17% compared to 2018 in 2021. That year, its electricity expenditure was around 10 million euros, out of a total operating budget of 216 million.

For its part, the National Federation of French Cinemas (FNCF) recently issued recommendations aimed at reducing energy consumption in cinemas, without deciding on whether it would reduce the number of screenings.

Museums across France have pushed to modernise their infrastructure in recent years, targeting heat, cold and light.

At the start of this year, Orsay and the Orangerie launched a "significant anti-waste environmental policy", which aimed at slimming gas and electricity costs by 15% over the first eight months of the year compared to 2019.

"Centralised technical management already makes it possible to adjust lighting and temperatures to the exact needs almost to the nearest second," said Lecerf, adding that both museums were implementing LED lighting -- something that is expected to trim a further 5% of their energy bills.

He also hinted that turning down the thermostat could be "another" penny-pinching measure, but recognised there needed to be a "consensus" around minimum levels.

Conservation concerns complicate the picture as old artworks and artefacts exhibited in the museums require stable temperatures and levels of dryness to ensure their longevity.

According to Lecerf, another solution to meet skyrocketing energy costs -- more expensive but potentially more profitable in the long term -- is to modify buildings themselves.

He said there was the possibility of restoring, or even replacing, the canopies of Orsay with "thermal sieves in winter and greenhouses in summer".

An audit estimated the cost of replacing the iconic glass roof at the entrance of the museum at seven million euros.

To close or not to close?

Cinemas, already hammered by the Covid-19 pandemic, are finding it hard to deal with spiking energy bills.

The National Federation of French Cinemas says the energy needed to run a viewing room greatly exceeds 3% of turnover and 10% in the oldest cinemas.

It has invited France's 6,193 cinemas to turn off their signs outside opening hours, lower the heating to 19°C, reduce the air conditioning and even adapt the opening hours "according to the flow of the public."

The industry is currently divided on whether to reduce the number of screenings, AFP reports.

Cinemas are also pinning their hopes on new projectors, which consume four times less energy but require massive investment to buy and replace with their existing equipment.

The French Minister of Culture Rima Abdul Malak has promised to help "build a replacement plan", without offering a precise amount of support or timeline.