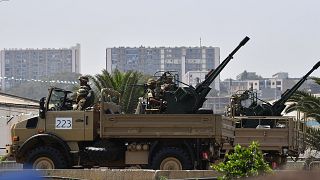 Algeria celebrates 60 years of independence from France this 5 July. The French occupation on Algerian soil lasted more than a century, from the invasion of the capital in 1830 to the independence war that ended in a brutal battle in 1962. 'A glorious history and new era' is the motto chosen to mark the celebrations of this important anniversary.