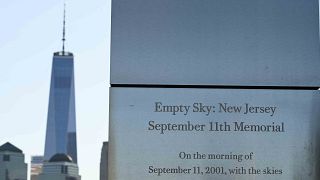 The New York Stock Exchange held a minute of silence to remember the victims of the 9/11 attacks.

Family members of two victims that died on 9/11, Thomas Sullivan and Robert Sutcliffe, were in place to ring the New York Stock Exchange Opening Bell, on the eve of the 20th Anniversary of the 2001 attacks on the World Trade Center.