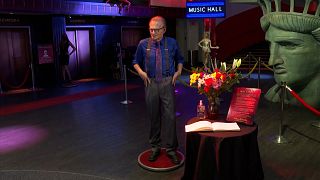 Museum artisans created the wax figure two decades ago, and it appears just as King did in the year 2000.

It will be on display in the lobby for a week and people do not have to purchase tickets to visit it.

After that, museum curators will return the figure to its regular place among broadcasters.