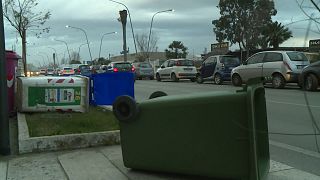 In Croatia, winds reaching speeds of 185 kilometres per hour closed all ferry traffic between islands and the mainland.

Highways between Dalmatia and inner Croatia were also closed off to trucks.

Authorities warned of strong winds and storms as well as heavy snowfall in central parts of the country.