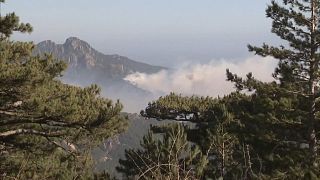 A fire has devastated more than 1,000 hectares of vegetation between Quenza, Solaro and Sari-Solenzara without causing any injuries.

The fire was sparked by strong winds that led Weather-France to put Corsica on orange alert.

According to the prefecture of South Corsica, the start of several other fires were linked to stubble-burning, notably in San-Gavino.