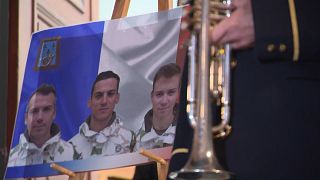 France has been paying tribute to 13 French soldiers killed in Mali.

They died when two helicopters collided during a combat operation against jihadists.

People gathered in Gap and Pau — the French bases of the regiments affected by the crash — for a vigil to pay tribute to those who lost their lives.