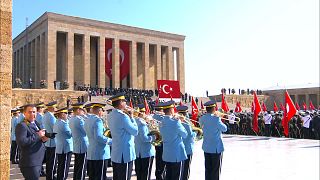 He said "I would like to express my gratitude to all the deputies who have worked for the development, strengthening and progress of our country so far." He added "Turkey is a country that has maintained its struggle for independence from beginning till the end."