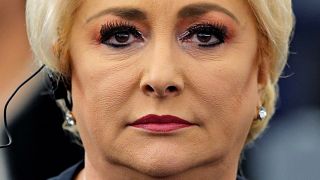 It comes after MPs yesterday (October 10) ousted the Social Democrat (PSD) party from power in a parliamentary no-confidence vote.

The collapse ends a tumultuous period in power for PSD, who sparked street protests and criticism from Brussels over reforms that critics said limited the independence of the judiciary and weakened the fight against corruption.

Thursday's no-confidence motion was brought by the National Liberal Party (PNL), who were joined by Save Romania Union and four other political parties.

“A period of destruction is over, a period of hatred and division is ending," said PNL's president, Ludovic Orban.

"This is the start of a constructive phase and a period of modernisation, in which the government will be brought back into the service of the citizens."

The PSD-led government of Viorica Dăncilă recorded poor results in May's EU elections before its junior coalition partners, the Alliance of Liberals and Democrats (ALDE), withdrew their support in August.

"I am calling on the other parties to come before the parliament with a new coalition for government as soon as possible," said Dăncilă after the defeat.

"I call on the Romanian president to quickly nominate a prime minister so that they can assume the act of governance."

The political crisis comes just a month ahead of Romania's presidential election on November 10.

The incumbent, Klaus Iohannis, will hold talks with all the parliamentary parties on Friday in his search for a new government who could command a majority.

“The collapse of the PSD Government is the result of the normal reaction of the entire society to the abuses and incompetence of this cabinet,” he said.

One of the parties that supported the motion against the government is Pro Romania, a left-wing grouping led by former prime minister Victor Ponta.

"This [Dăncilă's] was not a functional government, it could neither govern Romania nor maintain our international relations," he said.

"They couldn’t even come up with a serious candidate for the European Commissioner seat.”

Since last year, Pro Romania has collected dozens of former PSD MPs keen to distance themselves from Dăncilă’s administration.

The outgoing prime minister is a protege of former PSD President Liviu Dragnea, who was jailed for corruption in May.

Bucharest-based journalist Kit Gillet told Euronews’ Good Morning Europe that Dăncilă’s fall had only been a matter of time.

“If she’d managed to have survived, we would probably have seen something similar down the road," he said.

“Romania has its presidential election next month and she is at the moment still her party’s candidate, but the opposition was never going to accept the Viorica Dăncilă government remaining in place, so if she had survived this, there probably would have been another vote of no confidence early next year, so this was always going to happen.

“She is very much disliked and not seen as competent or qualified and also seen as having got there because she was close to Liviu Dragnea who's now in jail for an abuse of power.

"So from the beginning, there was a sense of not earning her position and not being well qualified for it. Many would argue that in the 22 months in that position, she has not lived up to the role.

“It’s difficult to know what coalition could now form. The opposition parties united to oust her, but that is about the only thing they agree on. They are diverse and many have aspirations of leadership themselves. There’s not an obvious majority coalition that can form."